Serena Williams’ daughter Olympia has become a celebrity on social media ever since she was born.

Williams had always been the measuring stick in tennis. The American legend has broken every record possible on the tennis court. Not just that, she has broken barriers with regards to her racial identity.

However, how has the life of Serena Williams changed ever since she became a mother? We explore the same in this article.

When was Serena William’s daughter born and what is her impact on Serena’s life?

Serena married her current husband Alexis Ohanian in 2017. In mid-April 2017, Serena announced that she was 22 weeks pregnant.

Serena gave birth to her daughter on September 1, 2017. Interestingly, the entire hospital floor was cleared so that she could give birth to her baby girl in total privacy!

The couple revealed the good news to the world on September 13, 2017. They named her Alexis Olympia Ohanian Jr after her father. However, Serena prefers to call her Olympia. Serena reportedly held a baby shower celebration in Miami in May 2018. 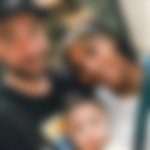 Olympia’s birth has had a tremendous impact on Serena’s life. Every other day, you can find a fun video or image online of Serena having fun with her daughter and husband.

In fact, Serena told Vogue that she wasn’t planning on spending a day apart from her until she turned 18. Williams admitted that she fancied the idea of moving to San Francisco full time. This would allow her to become a mum permanently.

However, this would do injustice to her career ambitions. She stated- “Not yet. I absolutely want more grand slams.”

Not all was jolly about Serena Williams’ motherhood. In the same interview, she revealed that she was bedridden for six weeks after the birth of Olympia. This was after she received an emergency cesarean section. She admitted that she almost died after giving birth to her daughter.

However, everything looks good now for the American star. Even though she hasn’t been able to add to her grand slam tally for a long time, she still remains one of the toughest competitors in the world. Serena will definitely go down as one of the greatest tennis players to ever grace the court.