WWE has seen the rise of many factions from the Four Horsemen in the 80s, to DX in the 2000s, to The New Day in the 2010s. All of them made a tremendous impact on the wrestling scene. However, they are nowhere near the cold-hearted justice which the Shield administered for their ideals.

Roman Reigns, Dean Ambrose, and Seth Rollins would be the three men who decimate everyone from WWE legends like the Undertaker and Rock, to jobbers like 3MB to showcase their dominance throughout the 2010s.

They were obsessed with savaging on WWE superstars ever since their debut on the main roster. What’s ironic is that when they started being justice savages, it wasn’t because of idealism. It was because Paul Heyman asked them to do so.

No one expected the Shield to turn up and that is what made the moment so special. It went like this.

The date was November 18, 2012. CM Punk had an uphill task of fighting rival John Cena and upcoming star Ryback. Punk failed miserably as he was knocked out cold.

Ryback had hit the Shell Shock on Cena and was to about to score a major upset. It was going to be an underdog story but then came the Shield.

The Shield wasted no time and smashed Ryback through the commentator’s table. Punk retained, Ryback’s dream was lost forever and the Shield started their epic journey.

The legacy of The Shield

WWE Creative was at it’s best when it came to the Shield. They did not portray them in a negative cowardly light as all three members won their first titles in fair and square matches.

Ambrose won the US champion and Rollins with Reigns captured the tag titles. 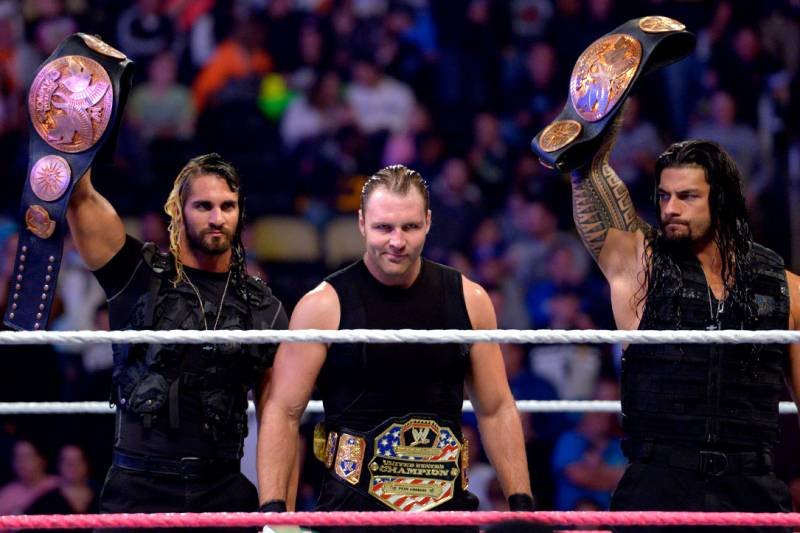 They then got over hard. Daniel Bryan, Kane, The Undertaker, Big Show, and even Evolution took the losses from these guys. They became unstoppable and this domination ended with Rollins betraying them.

Everyone thought that they are about to get buried into the WWE mid-card but that was the complete opposite of the truth.

All three men went onto win countless belts and ranked in PWI’s top 500 wrestlers list. They carried the brand and did what John Cena, Edge, and Randy Orton did in the later 2000s.

WWE showcased that they can make new stars if they just put in the effort.

Ambrose has now left the company for AEW where he is the Heavyweight champion. Rollins and Reigns are still with WWE but are not in the top spot as opposed to their hot push of the 2010s.