“So Disrespectful to My Court”: Stefanos Tsitsipas Reacts to a Funny Banter by His Brother

An ITF event in Heraklion, Greece was halted after heavy rains flooded the tennis court. The court is named after Stefanos Tsitsipas, but since he is away, his brother Petros Tsitsipas decided to pay a visit to the tennis court and practice in the waterlogged conditions. 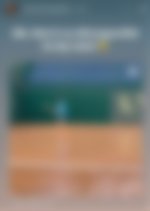 Petros had posted a hilarious video of him playing a match on the court with half his legs sunken underwater. Stefanos then reacted to the video and jokingly said it is disrespectful to his court.

“Ok, that is so disrespectful to my court” Tsitsipas posted on Instagram.

Petros Tsitsipas in the above video was fully focused on training and didn’t care about the conditions. He wrote, “Back to the court improving every day, even after a tough match.”

The banter between the Tsitsipas brothers didn’t end there as Stefanos gave further reactions to his brother’s video on social media.

“I checked with the practice desk. They told me that my brother had not reserved the court.” Tsitsipas wrote on Twitter.

Later, Petros Tsitsipas gave tennis fans a short comical highlight of his match in the ‘wet conditions’ on Court Stefanos Tsitsipas. Fans were amused and loved the cheeky behavior from the 20-year-old.

“Tough win today against my mate and doubles partner @aristotelis.thanos. Conditions were difficult but managed to get the best out of my game. Impossible is nothing people, and I proved it once again today.”

(Quotes have been translated from Spanish using Google)

Tough win today against my mate and doubles partner @aristotelis.thanos. Conditions were difficult but managed to get the best out of my game. Impossible is nothing people, and i proved it once again today. Bring it on 2021!

Stefanos Tsitsipas getting ready to defend his ATP Finals title

Stefanos Tsitsipas is in London getting ready to defend his ATP Finals crown. The 2019 champion made his ATP Finals debut last year and surprised everyone by becoming one of the youngest champions in the tournament’s history.

It will be a tough ride for Tsitsipas, as injury struggles in the last few weeks have placed question marks over his legitimacy of defending the title. The ATP Finals is a tough tournament to defend. There has been a new champion since 2016 and we have seen seven new finalists since 2015. Can Tsitsipas retain his ATP Finals title?