Stage 10: Welcome back to the Mountains

Nine stages and the first rest day are behind us. 1343.8 km into the Tour de France, we have finally reached the Mountain Stages. Stage 10 is a 167 km long route which starts in Tarbes and finishes atop La Pierre Saint Martin, a mountain top finish.

The stage consists of four categorized climbs. Three of them are category 4 climbs which should not pose too much of a problem. The final climb is a Hors Category (it is tougher than a category 1 climb) to the finish at an altitude of 1540m.

The stage consists of an intermediate sprint, 124 km into the stage. Expect to see the teams lead their sprinters for this. It is possible that even Cavendish, Greipel who struggle in the mountains to be in the thick of the intermediate sprint, as long as their team can pace them well and they have the stamina to keep up. Sagan, will need to finish ahead of Greipel if he is to hold his Green Jersey.

After the intermediate sprint, the teams should be forming on their main contenders before the third Category 4 and final, Hors Category climb. The Tour de France is always won in the mountains. Today’s climb can really split the General Classification if someone is caught.

Quintana will be the biggest name to watch out for. Compared to his rivals, he is the most powerful mountain climber of the lot and it will be a challenge to really match his pace. Nibali will also want to regain time, as he had the worst opening week compared to his rivals.

There will be other names to watch out for. Rodriguez and Vuillermoz have won the Tour’s first hilltop finishes already. The other dark horses in the Tour including Uran of Etixx-Quick-Step, Thibaut Pinot and Perud will want to push themselves up the rankings with strong finishes.

Every rider who aims to finish on the podium on Paris, crack up in the mountains, their dream is over. The time gaps that can be opened here, could easily be 2 or 3 minutes (not 2 or 3 minutes in a flat stage!)

The King of Mountains Jersey will come to life now with many categorized climbs and Mountain climbing points up for grabs.

The Jersey’s that will be worn

Chris Froome enjoyed the best first week of the Tour de France over all his rivals. With comfortable margins over the other big 4 members, Froome will now have to be vary of BMC’s Tejay van Garderen who is just 12 second behind. Expect all of the favourites to make a dash in the final ascent. 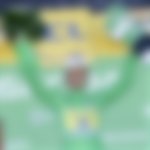 Peter Sagan remains in Green with no points being awarded in the Team Time Trial. The Category 4 climbs should not be a problem for most of the sprinters, so he will be wanting to finish ahead of Griepel in the intermediate sprint before the day’s final climb.

Peter Sagan’s stellar first week saw him lead the White Jersey classification. However, he will more than likely fall in the rankings as Nairo Quintana and Warren Barguil try to battle it out for this classification as well.

However as Sagan will wear Green on the stage, Nairo Quintana who sits 2 in the Young riders classification will be wearing the White Jersey.

Daniel Teklehaimanot continues to hold this jersey. However with three Category-4 and a Hors Category climb to finish the stage, it will be interesting to see if he will be up there with the General Contender favourites in the final climb of the day.

Best Team (Yellow Helmets and number on a yellow background)

BMC cemented their lead atop the standings with a win in the Team Time Trial. They will now be focused on guiding Van Garderen in the mountains. However, in terms of support, BMC are not as well equipped for the Mountains as Sky are for Chris Froome.

There was no such award given in the Team Time Trial and hence no rider will be wearing a combativity award. The mountains will witness some riders really pushing their body to the limits.