UFC President Dana White said he would do everything in his power to ensure that UFC 249 goes ahead as per schedule. This was after the New York State Athletic Commission announced that it would not be able to host the event as per schedule in the Barclays Center. White will have to find an alternate venue if the event is to go ahead on April 18.

The Coronavirus pandemic has disrupted sporting activities all over the world. The UFC fight night 170 was held in Brazil with no spectators allowed. The move was criticized as it endangered the fighters as well as the essential personnel who were permitted to be in the arena.

Dana White initially downplayed the risk and was keen to go ahead with UFC 171 in London. However, he had to look for alternative venues due to a travel ban. With the CDC banning gatherings above 10, White admitted that even he can’t pull off an event. This led to the cancelation of UFC’s fight night’s on March 21, March 28 and April 11.

In an interview on TSN, White remained bullish about hosting UFC 249. “I have everything to put on my own events. There isn’t much that I can’t pull off,” said White.

“If you’re a fan, if you’re a media member, at some point you’d stop doubting me, I would imagine,” White told TSN. “But, maybe not. We’ll see.”

White has suggested his arena could be a venue. RBC sports reported that Khabib Nurmagomedov’s father has suggested Dubai as a venue for the highly anticipated event. This is due to the coronavirus not being able to survive in high temperatures.

White says he plans to do all the events.

In his TSN interview, White revealed that he has plans to conduct all the canceled fight nights at future dates. He added that he doesn’t know a lot of things and he won’t be able to answer such questions right now.

White said health and safety is something the UFC focuses on every day and not just during times such as these. White added that the fighters go through numerous physical screenings before being allowed to step into the octagon. He didn’t explicitly say that the fighters and other personnel are being screened specifically for the Coronavirus. 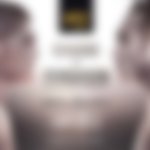 Fans are desperate for sports to resume. They will be hoping that White can back his words thus ensuring the vent goes ahead as scheduled.

Reubyn Coutinho is a Combat Sports editor at EssentiallySports with over 2 years of journalistic experience. Having earned his bachelor's degree in Mass Media with a specialization in Journalism from Xavier's College, Reubyn has interned with the sports desks at DNA and Times Now before joining EssentiallySports to further his passion for sports content. Reubyn has interviewed former UFC champions like 'Mighty Mouse' Demetrious Johnson and Miesha Tate.
ARTICLES BY AUTHOR