The longest reigning NXT Champion, Adam Cole is an international superstar. The Panama City Playboy has impressed and wowed audiences from England to Japan to the United States. 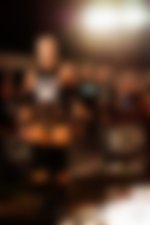 Cole's career began in 2008, where he wrestled for Combat Zone Wrestling. Ring of Honor signed Cole after he impressed fans and critics on the independent scene. Cole's first title in ROH was the Television Title, which he won in 2012, beating Roderick Strong. He then won the ROH Heavyweight Championship, beating Michael Elgin in the finals of the title tournament. =

Cole started a stable in ROH called The Kingdom, which comprised Mike Bennett, Maria Kanellis, and Mike Taven. In 2016, Cole shocked the world by joining the Bullet Club. Unfortunately, his reign would be short-lived as he was kicked out of the group by the Young Bucks and Marty Scurll.

In 2017, Adam Cole shocked the world once again by coming to NXT. He, along with Kyle O'Reilly and Bobby Fish attacked NXT Champion Drew McIntyre after Takeover: Brooklyn III. He won his first title in NXT at Takeover: New Orleans 2018, beating five other superstars to become the new North American Champion. Hir reign wouldn't last very long, losing the title to Ricochet.

In 2019, Cole won the biggest prize in NXT, beating Johnny Gargano in an NXT classic at Takeover: Chicago. He would hold the championship for 403, the longest reign with the title, and would beat the likes of Matt Riddle, Johnny Gargano, Finn Balor, Tomasso Ciampa, Velveteen Dream, Jordan Myles, Pete Dunne, Akira Tozawa and Daniel Bryan. His match against Daniel Bryan on SmackDown was one of the best matches of 2019.

After losing the title to Keith Lee, Adam Cole had a successful feud with Pat McAfee. In 2021, Cole shocked the world once again, betraying the Undisputed Era.

However, since then the NXT run for Cole became really stale. He started a feud with his former best friend Kyle O’Reilly. Surprisingly, Cole’s last match in WWE was against O’Reilly where he lost in 2 out of 3 falls match.

The WWE Universe was confused about the future of Cole. Since there were various rumors that Cole will join the main roster. However, the former NXT Champion surprised the world when he made his debut in AEW at the AEW: Full Gear PPV in 2021.

Since then, Cole reunited with his former friends like The Young Bucks and Kenny Omega. Cole united with his real-life partner Britt Baker and is currently looking to challenge ‘Hangman’ Adam Page for the AEW World Heavyweight Championship.

Adam Cole is currently in a relationship with AEW superstar Britt Baker. The couple has been dating for four years as of 2021. Cole's wrestling inspiration is Shawn Michaels, and he enjoys scuba diving.