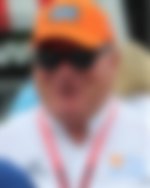 Chip Ganassi is a former American racer, who had competed in massive racing events including Indianapolis 500 and Daytona 500. Ever since he bid adieu to the sport as a racer, he shifted to becoming the proprietor of a racing team.

He has been an essential part of the North American racing scene for over 30 years now. Also, he is recognized as one of the best ever, when categorized under inventive proprietors.

This subsequently makes Ganassi the only group proprietor to have won the 6 major racing events.

He is at present the owner and Chief Executive Officer of Chip Ganassi Racing; the classic racing outfit is competing in the IndyCar Series, NASCAR Cup Series, WeatherTech SportsCar Championship, and the FIA World Endurance Championship.

Ganassi went to the Bob Bondurant Driving School in 1977. He further did an understudy at the Fox Chapel Area High School. The American won his first auto race in a Formula Ford at the age of 18. Eventually, he entered the CART racing series in 1982 after moving out of Duquesne.

Ganassi took part in his first CART race at Phoenix. However, a damaged camshaft meant that he couldn't see the chequered flag in the debut race.

Nevertheless, he clocked the quickest speed on the board - 197 mph. From thereon, his success took an upward trajectory. He competed in over 5 Indianapolis 500 events; his best finishing position arrived in 1983 with an impressive P8. Ganassi was then chosen as the Most Improved Driver in 1983 and also finished P9 in the CART standings.

1990 was the birth year of the Chip Ganassi Racing group, with Target showing up as the sponsor. He likewise got dynamic in the NASCAR circuit.

His NASCAR race group is established in Concord, North Carolina while the IndyCar Series groups are established in Indianapolis and Brownsburg, Indiana.

According to celebrity net worth, Ganassi cherishes a net worth of an astonishing $40 million in 2021. What's more, the American is also a member of the Motorsports Hall of Fame of America.

Chip Ganassi team is active in the realm of philanthropy. On November 16, 2017, Comcast announced the Chip Ganassi Racing Pit Crew Department as the winner of the third annual Comcast Community Champion of the Year Award.

Comcast offered a $60,000-worth donation to the Ronald McDonald House of Charlotte with the backing of the Pit Crew Department of the Chip Ganassi Racing.

The transfer of such a huge fund was in a bid to support the organization, which had been desperately working in providing a home for families of children receiving treatment at local hospitals around Charlotte.

Ganassi was once a VP of his father-owned FRG Group. The company revolves around commercial real estate, transportation, and other areas. Notwithstanding his racing interest, he is additionally a previous minority proprietor of the Pittsburgh Pirates.

Ganassi is also a solid ally of St. Jude Children's Research Hospital. To bolster this statement, his groups have contributed over US$500,000 to the hospital over the years.

In 1978, he graduated from the Fox Chapel Area High School. 4 years later, in 1982, he exited from Duquesne University with a degree in hand. Furthermore, he received an Honorary Doctorate from Carnegie Mellon University, later in 2011 as well.

As of now, he dwells in the Pittsburgh suburb of Fox Chapel, Pennsylvania.