The sensational Chloe Kim is one of the best snowboarders in the world. She won the half-pipe competition at the 2018 Pyeongchang Winter Olympics; becoming the youngest woman at 17, to achieve this feat. Moreover, she is a six-time X Games gold medalist while winning two gold medals at the Winter Youth Olympics. Significantly, she became the youngest woman to win the medal. Likewise, she became the first woman to hold all the four major titles in the world at the same time- World, Olympic, Youth Olympic, and X Games champion. Thus, she entered TIME magazine's most influential people of 2018.

The 21-year-old snowboarding champion was born on April 23rd, 2000. Her parents migrated to America from South Korea when she was young and brought up here in Long Beach, California, USA. Noticing her talent at a very young age, Chloe's father quit his job, taking her to the mountains to practice. Being the youngest half-pipe champion in the world, Kim started snowboarding at the age of four. Everyone saw her talent as she started taking part in various competitions at a tender age.

Kim later joined the US snowboarding team in 2013, thus, starting her career in extreme sports. Apart from snowboarding, her passion for music is evident. Trying to learn the acoustic guitar is one of her traits right now.

The first breakthrough of her career came back in 2014. After qualifying for the 2014 Winter Olympics in Sochi, Kim was not allowed to participate due to being young as there was an age limit to compete at the Winter Olympics. Soon after, she came back determined to grab the silver medal at the 2014 Winter X Games. Determined to make amends, she won her first gold medal at the 2015 X Games and became the youngest gold medal winner in the history of the games.

Although that record is broken by Kelly Sildaru, Kim's performances during that Games made everyone realize her potential. Plaudits came in thick and fast as she won two gold medals at the 2016 X Games. Performing two 1080 spins in the half-pipe, she became the first woman to attempt that trick. Getting a near-perfect 100 score, she became the second person to achieve that feat after the legendary Shaun White.

The big leagues came calling as she won the gold medal at the 2018 Winter Olympics gold medal in Pyeongchang, South Korea. That cemented her legacy as one of the greatest snowboarders in the sport's history. Hence, accolades started coming thick and fast for the wonder kid. The first score she put at the event was 93.75. That itself was enough to get her the medal. With the determination to put on a show for the audience, Kim broke all hell loose in the final round. She scored a 98.25 to bring the house down while landing two 1080 spins in the half-pipe competition. Kim returned home as an American hero. 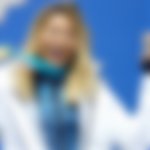 Taking part in various competitions, Kim has a net worth of $2 million. She earns most of her wealth in prize money from various competitions. Her determination to be the best is outstanding as many people saw her talents in various tournaments. She has endorsement deals with Toyota, Visa, Mondelez, Samsung, Monster Energy, Nike, Burton, and Oakley. Moreover, Nike signed with her at the age of 13 as she became one of the youngest athletes to have an association with the famous brand. 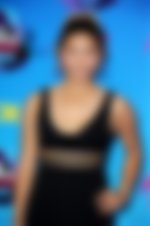