Christian Horner is the present team boss of the Aston Martin Red Bull team. The Briton has been with the team since its debut in 2005.

His former career included competing in Formula 3000. He retired from racing at 25, subsequently under his own discretion, considering his speed. Horner let himself focus on developing the Arden team, for whom he had prior raced.

Horner holds an honorary rank of an Officer of the Order of the British Empire (OBE). He received the award in 2013, Birthday Honors for services to motorsport.

The Red Bull team Principal reportedly holds a net worth of $50 million and a salary of $10 million annually. 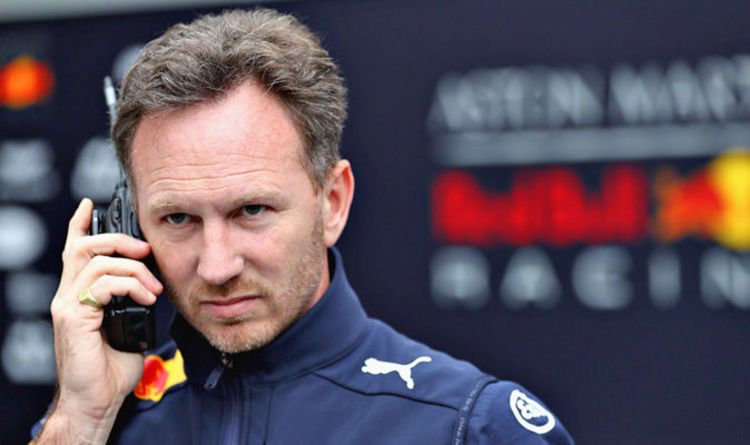 Admittedly, Horner was unsuccessful in the racing scene. He recorded the highest position of 6th in 1997 with the Arden team.

After retiring from racing, Horner signed Viktor Maslov and Marc Goossens in the 1999 FIA F3000 season. Arden also competed in Italian F3000 in 2000, winning three races and finishing second in the Championship.

After parting company with Lukoil, a new driver line-up was named for 2002. The drivers, Tomáš Enge and Björn Wirdheim took five victories and a title for Enge. Arden also won the Team Championship that year, followed by many more.

It wasn’t long before Horner knocked on the doors of Formula One. He entered discussions with Eddie Jordan regarding buying Jordan Grand Prix, which fell flat. However, in 2004, Red Bull purchased the Jaguar F1 Team, to become Red Bull Racing.

In January 2005, Horner was appointed to head the team, the youngest team principal. Under him, drivers David Coulthard and Christian Klien finished fourth and seventh in Australia, scoring 34 points in the season.

2006 was a transitional year, and though the car was unreliable, it grabbed a maiden podium finish at the Monaco Grand Prix. In utmost happiness, Christian Horner jumped into a swimming pool wearing anything but a Superman cape to celebrate.

The team ranked second in the 2009 Constructors’ Championship with Sebastian Vettel and Mark Webber. The racers achieved second and fourth position respectively in the drivers’ title race. In addition, they bagged six titles altogether.

In 2010, the team won their first Constructors’ Championship with one race to spare. Sebastian Vettel won the Drivers’ title at the last race of the season, becoming the youngest World Champion.

At 36, Horner was the youngest team principal to win a Formula 1 Constructors’ Championship.

On the account of philanthropy, Christian Horner presently holds the rank of Ambassador in the Wings For Life Foundation.

The primary aim of the foundation is to raise awareness regarding spinal cord injury. In addition,  funding the foundation’s crucial research into finding a cure is the other motto.

He keeps his followers updated on regular terms with his personal opinions and musings through his profile on Instagram.

F1 Budget Cap not the Answer to High Costs: Todt

After clinching his fourth Drivers’ Championship this season, Lewis Hamilton drew level on titles with…

The 32-year-old Briton clinched his fourth world title at the last race in Mexico. Ahead…

Penalties and track limits have always been an issue for Formula One. In a bid…

So it seems that Ferrari’s and Vettel’s recent DNFs have alarmed a number of people.…

Max Verstappen’s contract expires at the end of 2018. Many rumours link him with both…

2020 F1 Contracts for Ricciardo and Verstappen

A number of drivers are out of contract after the 2018 season. Top drivers including…

All through the 2017 season, the curious case of McLaren has been the talk of…

Reliability issues in F1 is something that is commonly attached to the Honda-powered McLaren. 6…

No Plans for Renault to Introduce Upgrades Until 2018

LONDON (Reuters) – Red Bull will use a Renault engine for the 2016 season, branded…

F1 engine plan is about control of the sport, says Horner

In what can be termed as a “ballsy” move, Red Bull will be taking strategic…

Aston Martin looking for F1 come back with Red Bull?

In a shock move, Aston Martin could well be looking ways for a shock return…

Trouble lies ahead for Daniel Ricciardo

by Pranav Aggarwal
Scroll To Top
PRESS ESC TO CLOSE