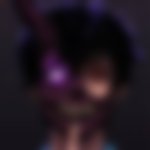 Corpse Husband is one of the most popular internet personalities in the world today. He rose to prominence for narrating horror stories, mostly true ones, on his YouTube channel. In recent months, Corpse Husband has become an internet phenomenon because of his music and expertise in Among Us.

Who is Corpse Husband?

Born on August 8, 1997, Corpse Husband, also known as Corpse, is an American YouTuber from San Diego, California, according to Wikitubia. He started his YouTube channel in July 2015. With his content primarily centering on horror story narrations, he made a name for himself within a community of 'Horror Narration Channels.'

The 23-year-old YouTuber has a knack for telling true horror stories, usually sent in by his fans or found on the internet. While there is very little information available about Corpse Husband's identity, his unique voice is a trademark feature of his intriguing persona.

Corpse's deep and low voice not only makes him distinguishable, but it also fits his horror narrations aptly. Besides making YouTube videos, Corpse is also recognized for his music, having brought him millions of views. 'E-Girls are ruining my life,' 'White Tee,' and 'Agoraphobia' are some of his most popular tracks.

Some of Corpse Husband's favorite video games are listed as Silent Hill, Final Fantasy, Rocket League, CS: GO, and most recently, Among Us.

Rise to fame with Among Us

The American YouTuber has seen tremendous growth in popularity since he expanded his content style and started streaming Among Us. He has collaborated with famous content creators and streamers like PewDiePie, Disgusted Toast, Pokimane, Valkyrae, Jacksepticeye, Lilypichu, and others.

According to Social Blade, Corpse Husband gained over 2 million subscribers between early October and November 2020. As of November November 2020, Corpse has over 4.6 million subscribers on his YouTube channel and has accumulated over 196 million views. His Among Us videos have amassed tens of millions of views together. Moreover, he has a separate channel with a subscriber count of over 745k, where he posts his gaming videos and clips.

Has Corpse Husband revealed his face?

Despite having millions of followers across social media platforms, the YouTuber has not revealed his face and identity on the internet. However, in October 2020, he revealed a picture of his hand after reaching 100k followers on Instagram, causing a frenzy among his fanbase.

Corpse Husband net worth in 2021

According to Social Blade, Corpse Husband's estimated monthly income is $11.3k-$181k. That makes his net worth around $135.8k-$2.2 million from his estimated yearly earnings.

Corpse Husband is available to contact through the following platforms: