De'Aaron Fox was born in New Orleans, Louisiana on December 20, 1997. Fox was born to his parents Aaron and Lorainne Harris-Fox and has one brother named Quentin Fox. He attended Cypress Lakes High School in Houston, Texas, and played grew up as a rising basketball superstar. By the turn of 2016, Fox was named a McDonald's All-American and played in the 2016 McDonald's All-American Game later that year.

Fox committed to the University of Kentucky to play college basketball for the Wildcats under coach John Calipari. At the conclusion of his freshman season, Fox announced that he would forgo his final three years of collegiate eligibility and enter the 2017 NBA draft.

The Sacramento Kings drafted De'Aaron Fox with their #5 pick in the 2017 NBA Draft. He was immediately expected to lead the franchise out of their misfortunes.

Fox is one of the fastest players in the league, who can not only get to the rim adeptly, but can also create for his teammates up with ease. He arrived as a raw explosive guard, but since then, he has matured into one of the most promising point guards in the league with flashes of big things.

Following four impressive seasons with the Kings, he signed a massive extension after his rookie deal ended. Fox will be hoping to live up to his huge contract, and end the Kings' wait for the playoffs.

After his rookie deal came to an end, Fox inked a five-year max contract extension worth $163 million with the Kings. With this, he surpassed franchise legend Chris Webber and now has the largest contract in Kings history. He will earn $28,103,500 in the 2021-22 season.

According to Celebrity Net Worth, De'Aaron Fox has an estimated net worth of over $20 million. After earning around $16 million from his rookie deal, and now an extension which is worth 10 times more, Fox's net worth will be on the rise. 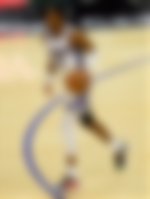 De’Aaron Fox had signed a five-year deal worth around $2 million per year with Nike before entering the NBA. He wore Nikes prior to entering the NBA, and so this deal made the most sense for him. The American shoe recognied Fox's love for Dragon Ball Z and sent him a pair of custom-made Dragon Ball Z-themed Nike Kobes earlier this year. Fox also signed a sponsorship deal with HyperX, a gaming headset company, ahead of the 2017 NBA Draft.