He started go-karting at seven years old and stirred his way up to Late Models by 2004, marking a contract with Joe Gibbs Racing.

Hamlin ran the full season in 2005. He made his debut in the Xfinity Series when he replaced Mike Bliss in the No. 20 Rockwell Automation Chevrolet. He wound up completing fifth in the title race with 10 top 10s

Hamlin additionally ran his first NASCAR Cup Series races in 2005. He made his Cup debut at Kansas Speedway as the driver of the No. 11 FedEx Chevrolet in the 2006 season.

His best season was in 2010. He even lead the Championship by 15 points in the last race at Homestead. He won the most races of any driver in that year (eight). However, he lost the Championship to Jimmie Johnson by 39 points.

On September 21, 2020, Hamlin and NBA Hall of Famer Michael Jordan declared they would handle a single-car team for the 2021 NASCAR Cup Series season, named 23XI Racing with Bubba Wallace driving the No. 23.

The primary sponsor of Denny Hamlin is FedEx. The other sponsors include Toyota, Coca-Cola, Air-Jordon, Sportclips Haircuts.

The Denny Hamlin Foundation is focused on bringing issues to light. It provides help for the particular needs of youngsters, mainly to those with cystic fibrosis and other constant maladies. 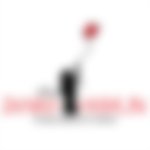 Hamlin has a house on Lake Norman in North Carolina. It has an open garage that is noticeable from the lounge. It has Denny's Daytona 500 winning NASCAR racecar. The home has 24 Samsung 60-inch TVs. There's a lot of indoor diversions. There's a golf simulator system, a bowling alley and that's just the beginning.

Hamlin is married to Jordan Fish. The pair have two little girls together. Jordan functions as a blogger for topics such as style, excellence, parenthood, and way of life. She's a devoted online media user with recordings on YouTube and posts on Instagram and Twitter.

Denny is very active and highly popular on social media. As a result, it's the most accessible and easiest method to keep in touch with the Cup Series driver.

Hamlin is on all the popular social media platforms such as Instagram, Twitter, and Facebook. While these serve as an excellent platform for fan requests and interactions, Hamlin also has his own official website.