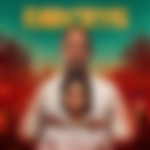 Far Cry 6 is the latest and upcoming addition to the much-loved Far Cry franchise. Developed by Ubisoft Toronto and published by Ubisoft, it the fourteenth overall title and the sixth edition of the core Far Cry series.

The developers revealed the game at Ubisoft Forward in July 2020. The event premiered the cinematic title sequence trailer as well as the reveal trailer.

The trailer showcased the game's antagonist, Anton Castillo, voiced and portrayed by Giancarlo Esposito, famous for his role in the iconic Breaking Bad TV series.

Just like the previous titles, Far Cry 6 is a first-person shooter, with elements of action-adventure playing a huge role.

The game is expected to be available on PlayStation 4, PlayStation 5, Xbox One, Xbox Series X & S, Microsoft Windows, Amazon Luna, and Google Stadia.

Ubisoft had initially scheduled February 18, 2021, as the release date for the latest Far Cry title. However, due to the impact on the COVID-19 pandemic, the game's launch had to be delayed until after March 2021, the company announced in October 2020.

During their quarterly earnings call in February 2021, Ubisoft mentioned that the game should arrive before September 2021 ends, according to Rock Paper Shotgun.

Finally, in May 2021, Ubisoft announced, as part of a gameplay trailer reveal, that October 7 is the scheduled release date for Far Cry 6.

Pre-orders for Far Cry 6 are available on PS4, PS5, Xbox One, Xbox Series X|S, Stadia, and on Epic Games and Ubisoft stores for PC. Additionally, users who purchase an Xbox One or PS4 version of the game can upgrade to the new-gen Xbox Series X|S or PS5 version for free.

While Ubisoft hasn't revealed a gameplay trailer yet, Far Cry 6 is an FPS title with a narrative and an open-world setting. The game takes place in the fictional tropical paradise of Yara, inspired by the Caribbean island of Cuba.

Yara is under the ruthless regime of antagonist Anton "El Presidente" Castillo. As the island's dictator, Castillo is intent on restoring his nation back to its past glory at any cost.

He is also guiding his son Diego, portrayed by Anthony Gonzalez, to follow in his footsteps. However, the ruthless oppression has fueled a guerilla revolution intent on burning the regime down.

In the fight for freedom, the player will assume the role of Dani Rojas, a local guerilla fighter, to liberate the nation. Yara has been described as "the largest Far Cry playground to date".

The fight against Anton's oppressive forces will take players across jungles, beaches, and the capital city of Esperanza. Players will use makeshift weapons, vehicles, and hire Amigos, the "new Fangs for Hire" to overthrow the tyrannical regime.

A trailer from the Ubisoft Forward showcase at E3 2021 revealed the studio's plans for the introduction of a Far Cry 6 Season Pass.

This season pass will offer additional DLC episodes that allow the player to assume the roles of some infamous antagonists from the Far Cry series. They include Vaas Montenegro from Far Cry 3, Pagan Min from Far Cry 5, and Far Cry 5's Joseph Seed.

The same season pass will also include a remastered edition of Far Cry 3: Blood Dragon.