Floyd Mayweather, born Floyd Joy Sinclair, is an American former professional boxer. His tenure lasted from 1996 to 2015. However, he made a comeback to fight MMA giant Conor McGregor in a crossover fight. The fight between Mayweather and the Irishman was one of the biggest events in the history of Combat sports. Mayweather took the win that night, following which he vowed never to return to the boxing ring to fight.

Floyd Mayweather is popularly known as ‘Money’ and rightly so, for his net worth stands at a shocking $285 million. As per Forbes, Mayweather earned a whopping $1 billion in prize money alone, in his 21-year-long career. Reigning over the world of combat sports with a winning streak of 50 fights intact has its own perks and benefits. Keeping all his sponsorships, endorsements, and fight purses in mind, it is fair to say that the boxing legend has earned more than a decent living. 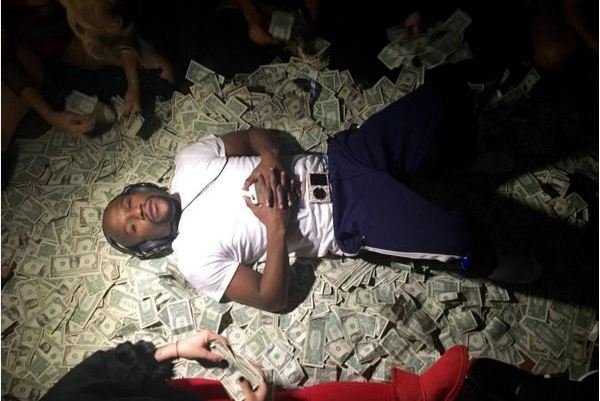 There’s a saying that Pretty Boy believes in, it goes like, “Women lie, Men lie, Numbers don’t lie.” When one thinks about the saying, it seems pretty meaningless. However, it makes more sense when one considers Mayweather’s exploits throughout his career. And rightly so, with his stupendous record of 50 wins and 0 losses. To reign over the championship level for almost two decades is nothing short of a remarkable feat. So much so that it seems like his success has been at mythical proportions. 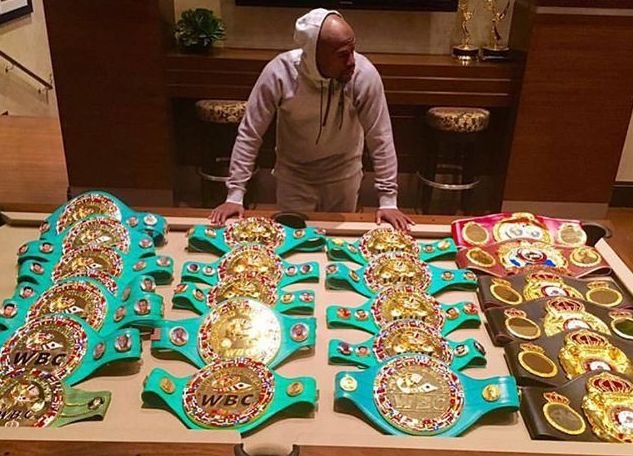 Throughout the course of his lustrous career, he has collected over 15 major world titles including The Ring in five weight classes, the lineal championship in four weight classes (twice at welterweight). As an amateur, Mayweather went on to win Bronze in the featherweight division at the 1996 Olympics. Other than that, Money has also amassed a collection of three U.S. Golden Gloves championships (at light flyweight, flyweight, and featherweight), and the U.S. National Championship at featherweight.

With great wealth, comes great responsibility to help others in need. And Mayweather has never backed away from the same. He set up the Floyd Mayweather Jr Foundation to empower community alliances, help create an audience for youth leadership, create a platform to support health and wellness, and working on community development as a whole.

WOW! Ryan Garcia Won’t Mind If YouTuber Jake Paul “Dies” in a Fight With Him

After a crossover fight between Floyd Mayweather and Conor McGregor, the idea of MMA fighters…

WATCH: When Floyd Mayweather Pulled off the Cheapest Trick in the Book to Win a Bout

September 17, 2011, was the day when one of the most bizarre things happened in…

The undefeated ‘Tank’, Gervonta Davis, will return to action soon against Leo Santa Cruz on…

In an unexpected pair up, the unified heavyweight boxing champ Anthony Joshua and the UFC…

Floyd Mayweather can possibly return to boxing action this year, and he is currently being…

How Much Money Does Floyd Mayweather Make Per Fight?

The undefeated Floyd Mayweather is a familiar face to people, the world, and the sports…

“Is Floyd Mayweather the Pay-Per-View King?”

In combat sports, there are certain aspects that decide a fighter’s level of fame and…

Being a boxer isn’t easy, that too an elite one. Besides training hard, one has…

Young prospect Danny Gonzalez, who was signed under Mayweather Promotions, was shot dead on Monday.…

In sports, there are certain parameters to measure the revenue generated by specific events. Pay-per-view…

Manny Pacquiao Reveals the Truth Behind His Home Robbery

UFC sensation Conor McGregor grabs attention with whatever he does. Being one of the richest…

Like most combat sports athletes who have retired, Conor McGregor, too, is active on social…

Oscar De La Hoya and Floyd Mayweather have had their fair share of fights, both…

by Anuj Asrani
Scroll To Top
PRESS ESC TO CLOSE