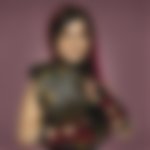 The Genius of the Sky, Io Shirai, is NXT's most consistent performer. With a body of work that rivals Sasha Banks' and Charlotte Flair's, Io Shirai is well on her way to becoming the alpha of the women's division.

Prior to coming to WWE, Shirai was an enormous hit in Japan, where she wrestled under the Stardom promotion. Shirai wrestled with the likes of Meiko Satomura, Mayu Iwatani, and Momo Watanabe. She won several titles, tournaments and accolades in the land of the rising sun, before plying her trade in Mexico. Shirai put her hair on the line in her first Lucha de Apuestas Hair vs. Mask match, a four-way elimination match, where she faced Ángel o Demonio, La Maléfica and Shitara. She won the match, forcing La Maléfica to unmask.

Shirai was offered a WWE contract in 2016, including a tryout at the Performance Center, but did not sign it until 2018. She appeared first in a WWE ring at the famous Ryogoku arena in Tokyo, Japan. Shirai announced she would compete in the 2018 Mae Young Classic, where she beat the likes of Xia Brookside, current IMPACT Knockouts Champion Deonna Purrazzo, and newest member of the Raw roster, Rhea Ripley. She lost to Toni Storm in the finals of the tournament, which took place at the first women's only PPV, Evolution.

Shirai made her NXT debut in November 2018. Along with Kairi Sane, the Sky Pirates would make several attempts at winning the NXT Women's Championship from Shayna Baszler. After a second failed attempt, Shirai turned heel and attacked her friend Candice Le Rae. Shirai donned black leather gear and got new entrance music. She became the most badass superstar on the roster. Her popularity soared since she turned heel, and it paid off when she won her first NXT Title at Takeover: In Your House.

Shirai has beaten the likes of Candice Le Rae, Rhea Ripley, Shotzi Blackheart, Toni Storm and Mercedes Martinez during her reign. In 2021, Shirai still holds the title, and no one comes close to taking her championship.

The net worth of the Genius of the Sky has an impressive net worth of $4 million, a number sure to rise once she goes up to the main roster.

Shirai is a onetime NXT Women's Champion, and has won three NXT Year-End awards for Future Star of NXT, and in 2020 she won both Best Female and Best Overall Competitor awards.

Io Shirai is a self-confessed Hiroshi Tanahashi fan. The Ace of New Japan is probably a fan of the Ace of the NXT Women's Division as well. Shirai is engaged to NJPW star EVIL.

Shirai has featured in a Weekly Playboy magazine, which is a Japanese weekly adult magazine. She and her ex-boyfriend Kazushige Nosawa were arrested for trying to smuggle marijuana inside two paintings, which they claimed were gifts from fans. Shirai denied the charges after her arrest.