Kobe Bryant was a former NBA player. Born on the 23rd of August, 1978 he entered the NBA straight from high school. He had a spectacular high school career and became the first freshman in decades to start for the Lower Merion High Varsity team. His outstanding performances over the high school years saw him selected in the first round of the 1996 NBA draft. He was selected by the Charlotte Hornets as the 13th pick. Afterward, he was traded to the Los Angeles Lakers.

He spent 20 seasons at the team and is recognized as one of the all-time greats. He is fourth on the list of all-time points scored in the league with 33,643 points. Bryant gave himself the name “Black Mamba” in the mid-2000s. It stemmed from his ability to score with precision. In his long career, Bryant initially played with No. 8 jersey and later changed to 24- both of which are retired by the Lakers.

Kobe Bryant is set to receive a posthumous induction into the Naismith Memorial Basketball Hall of Fame in August 2020. 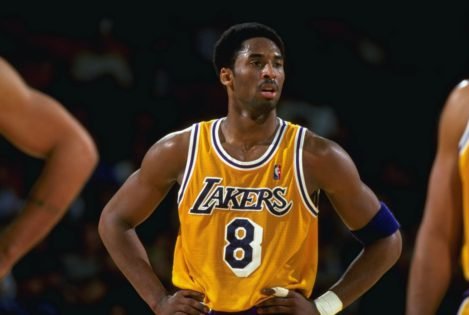 Before making his debut, Kobe Bryant signed a whopping $48 million contract with Adidas for 6 years. In the year 2007, CNN estimated Bryant’s endorsement deals to be worth $16 million annually. In 2013 Forbes named him the 5th highest paid sports star in the world. At the time of his death, Forbes estimated his net worth to be nearly $770 million. 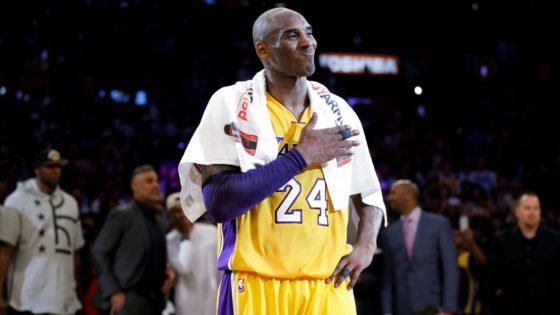 The Kobe and Vanessa Bryant Family Foundation (KVBFF) was founded to help the homeless. The foundation also aims in assisting young people in need. Bryant has made many notable contributions to various charities.  He was the official ambassador of the After-School All-Stars (ASAS), an American non-profit organization that provides after-school programs to children in US.

In 2009, Bryant started the Kobe Bryant China Fund which partnered with the Soong Ching Ling Foundation, a charity backed by the Chinese government. The Fund works towards raising money within China for education and health programs.

Bryant was a part of an animated short film, Dear Basketball, which won an Oscar for the Best Animated Short Film. Based on a letter Bryant wrote for the Players Tribune in 2015, it was written and narrated Bryant.

Bryant’s book The Mamba Mentality: How I Play released in October 2018. With photos and his feelings, it looks back at his illustrious career. He has co-written several novels which include The Wizenard Series: Training Camp, Legacy and the Queen, and The Tree of Ecrof. He was working on a children’s book with a Brazilian author at the time of his death. The co-author did not release the book and deleted the draft after Kobe’s death. 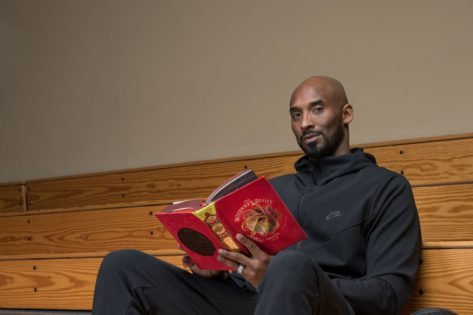 On January 26, 2020, Kobe Bryant died in a helicopter crash at the age of 41. The crash resulted in the death of eight others which included his daughter Gianna Bryant. Later, there was a memorial service for  Bryant held at Staples Center, Los Angeles.

“For Me, They Just See Someone Who’s Tall”: Kareem Abdul-Jabbar on Why He’s Not Considered the GOAT Like Michael Jordan

When you talk about the NBA in the 80s, the Los Angeles Lakers stand tall…

“I Would Have Destroyed You”: What Kobe Bryant and Michael Jordan Thought of the Hypothetical ’91 Bulls vs ’03 Lakers Battle

The two NBA legends, Michael Jordan and Kobe Bryant had maintained a brother-like bond all…

For about twenty years, the late Kobe Bryant played with all his heart for the…

Flu Game 2.0: When Kobe Bryant Was Food Poisoned by a New Jersey Mob Right Before an NBA Game

Kobe Bryant has had his share of rivals on the court over the years. However,…

“One of My Favorite Novels”: Vanessa Bryant Makes a Big Announcement for Fans of Kobe Bryant

Vanessa Bryant posted the cover of her husband’s new book, ‘Geese Are Never Swans’ on…

“I Never Looked Back”: When a Wizards Star Served Kobe Bryant and the Lakers

When you score a massive number of points against a well-known legend, you do get…

“It Was Pretty Much Equal”: Lakers Legend Compares Kobe Bryant’s Mentality With the Toughness of Michael Jordan

If you know Michael Jordan, you understand that he would want to win at all…

“The Script is Not There”: Former Lakers GM Reveals Major Issues With a Possible Kobe Bryant Documentary

Michael Jordan had his powerful ‘Last Dance’ with his sixth NBA title back in 1998.…

If there’s one man who is raging to go back on the court, it is…

“Kobe & I Were Still Looking For Somebody”: Shaquille O’Neal Reveals How He Pushed Lakers to Pursue Phil Jackson

“Always Learning From the Best” : Vanessa Remembers Kobe Bryant Through His Literature

When Kobe Bryant retired, the NBA community lost a great player but the literary community…

“That Was a Dream Come True for Me”: Jayson Tatum Recalls His Workout With Kobe Bryant

Ever since ‘The Last Dance’ began releasing its episodes, debates related to era-based GOATs have…

January 26 marked a dark day in the world of basketball. Nobody can forget the…

“I Knew it was Over”: Former Teammate Reveals How Departure of Shaquille O’Neal Doomed Orlando Magic

You’ve heard about partnerships like Magic- Kareem in LA, LeBron-Wade in Miami, Shaq-Kobe in LA,…

“MJ Just Couldn’t Have Done That”: Former NBA Champion on Why LeBron James is the Most Complete Player Ever

Though the world is facing a serious crisis at the moment, nothing stops LeBron James…

There are many ways to honor a deceased person. Kobe Bryant, who passed away in…

“He Will Have His Number in the Rafters Next to Mine”: Validation From Kobe Bryant Leaves an Emotional Pau Gasol Speechless

Kobe Bryant may have been a player who kept to himself in the NBA, however,…

From Michael Jordan to Wilt Chamberlain, Ranking the Top 10 NBA Players of All Time

Since it is quarantine time, things tend to get a bit monotonous. To make things…

“I Would Have Laid His Little A** Out”: Shaquille O’Neal on Stephen Curry Playing in His Generation

“Came by to Say Bye to Some of You Bums”: Former Laker Reveals a Hilarious Kobe Bryant Story

“Woke Up In The Middle Of The Night In Tears”: Former Friend of Kobe Bryant is Still in Disbelief Over the Tragic Demise of the Legend

The tragic demise of Kobe Bryant left everyone in tears. Life is very much unpredictable,…

“I’m Here To Watch Kobe and Shaq”: When A Young LeBron James Attended A Lakers Game To Watch His Heroes

LeBron James was drafted as the first overall pick in 2003. The Cleveland Cavaliers selected…

“I Hate That”: NBA Players and Fans Get Furious as Kobe Bryant is Positioned #9 in Top Basketball Players of All Time List

Fans from the NBA community are always of two minds. So when ESPN recently released…

Is it beginning to look like too many cooks spoil the broth? Well, the NBA…

The legend of Kobe Bryant continues to grow, even after his sad demise. The Mamba…

by Arjun Athreya
Scroll To Top
PRESS ESC TO CLOSE