Lando Norris: Net Worth and salary

British driver Lando Norris made his Formula One debut with McLaren during the 2019 season. He was initially interested in pursuing a motorcycle racing career. However, that changed when he attended his first kart race.

He made his racing debut in 2014 for the Ginetta Junior Championship, finishing 3rd. A year later, he won the MSA Formula Championship while racing for Carlin. In 2016, he even won the Formula Renault 2.0 and the Toyota Racing Series. 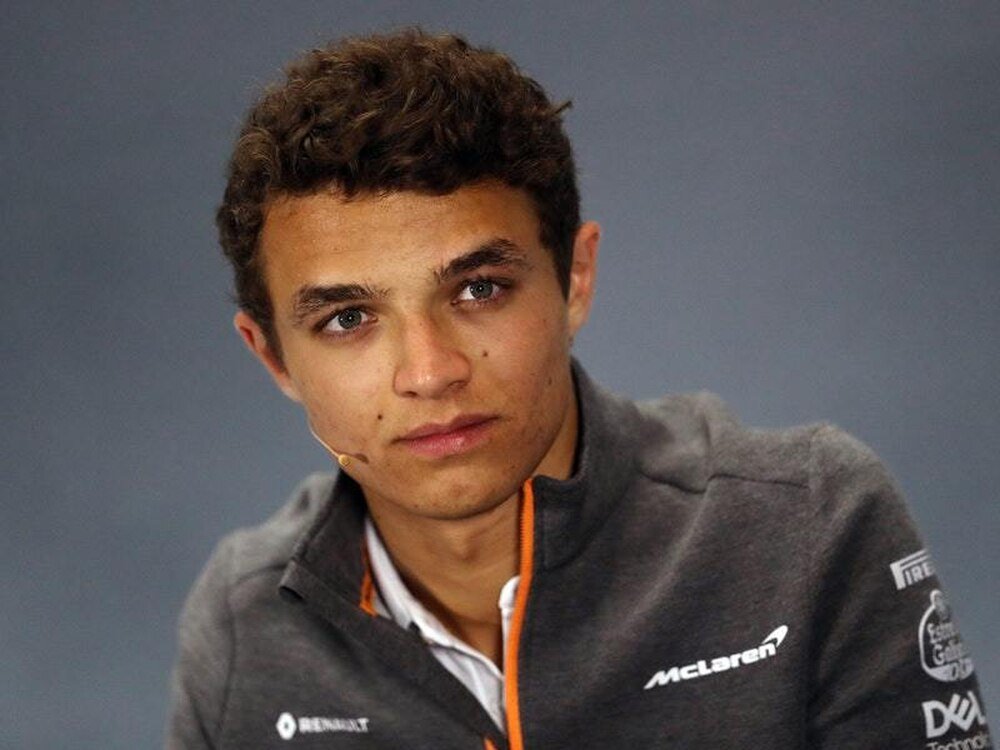 In Formula One, he has been fairly successful, with his best finish being a 3rd place in Austria.

During the 2017 Formula 3 season, he won the very first race of the season. He followed it up with a podium in Round 3, both races at Silverstone. Since then, Lando Norris went on a 5-race podium streak, including a win. But it was halted at Race 3 of the Pau Grand Prix. Unfazed, he scored six podiums and seven wins to seal the Championship.

During the 2018 Formula 2 season, he claimed a season-opening victory, this time at Bahrain. However, it would be the only win he took all season. But he managed to follow it up with eight podiums to finish 2nd in the Championship.

The 2019 Formula One season was his first-ever season among the elite. He was partnered by Spanish driver Carlos Sainz Jr at McLaren.

Not many know of this, but Lando Norris’s father is one of the richest people in the UK. Adam Norris is a multimillionaire who made his fortunes through pension funds. Norris’ mother Cisca is Belgian and the 20-year-old holds a dual citizenship from Britain and Belgium.

Lando Norris put his gaming and sim racing abilities to good use. In April 2020, Norris raised over $10,000 as part of a charity stream for Twitch as an aid for those affected by COVID-19. Norris raised over $12,000 and shaved off his head (a promise he made if he hit $10,000 in donations).

But the 20-year-old didn’t stop there. He teamed up with other F1 drivers to organize a charity stream in the fight against Coronavirus. Titled – Race For the World, Norris and 5 other F1 drivers raised over $70,000 in donations.

Fans can also reach out to Norris through his various social media handles:

WATCH: How Lando Norris Ended Up Retiring from Canadian Gp 2019

Ahead of the Spanish GP 2019, the drivers had all gathered together to head to…

Spanish GP 2019: Schedule and Timings of the Race Weekend

A couple of months ago, social media was abuzz when Fernando Alonso returned to McLaren,…

Ahead of the 100th Formula One race in China, McLaren driver Lando Norris and Williams…

WATCH: Lando Norris Pulls off an Amazing Move in Bahrain

Without a doubt, McLaren driver Lando Norris is a highly talented driver and in Bahrain…

Following the Bahrain GP 2019, there was an in-season test which all the teams participated…

WATCH: Romain Grosjean and Lando Norris Have a Close Call

During the Q1 session of the Bahrain GP, there was a hairy moment between the…

During the final day of testing, the Sky Sports broadcasting team were supposed to interview…

Max Verstappen and Lando Norris to be Teammates?

TIL: Top 3 Drivers from F1 Feeder Series Moved up Together

George Russell, Lando Norris and Alexander Albon are all busy preparing for their respective Grand…

McLaren given assurance by Renault about 2019 engine

After a stressful season in 2018, one in which their partnership with new engine suppliers,…

More Pressure Knowing that There is Another Rookie – Norris

For the past five years, the F1 drivers have raced with their own chosen racing…

Out of contract McLaren driver, Stoffel Vandoorne, is apparently close to signing for the HWA…

I Don’t Think I Have Ever Spoken to Lewis Hamilton: Norris

Lando Norris has not spoken to Lewis Hamilton since his promotion to McLaren‘s race team was announced. Norris, who…

Vandoorne Exit is a Warning to Norris

Vandoorne is at the Deepest End – Norris

McLaren Worried About Norris Being Poached

Alonso not being Challenged Enough: McLaren

by Rahul Venkat
Scroll To Top
PRESS ESC TO CLOSE