His first full-time NASCAR season was in 2006. Truex drove the No. 1 DEI full-time in the Nextel Cup Series. He completed the season in 19th position and had two Top 5 completions. Truex got his first success of the 2007 season in the Autism Speaks 400 at Dover.

As per Celebrity net worth, he has a net worth of $40 million. Between June 2018 and June 2019, Martin acquired $8 million. This made him the ninth-highest paid NASCAR driver.

$7 million of his profit originated from the track winnings. The rest came from endorsements.

The Martin Truex Jr. foundation (MTJF) was begun in 2007 by NASCAR driver Martin and, his partner, Sherry Pollex. The mission is to help campaigns for cancer awareness explicit to ovarian and childhood cancers. It helps the people and families influenced by them. 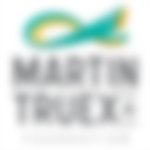 Martin is very active and highly popular on social media. As a result, it's the most accessible and easiest method to keep in touch with the Cup Series Champion.