Arguably the most feared man in the history of combat sport, Mike Tyson has achieved unparalleled success in his illustrious career. Whether it is for his brutal finishes inside the boxing ring or it is for his eccentric and controversial lifestyle outside the ring, Mike Tyson has been the talk of the town throughout his whole career and still is as he aims for a boxing return. 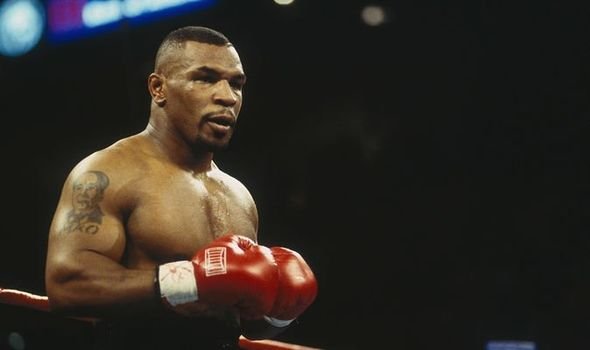 At a point in time, Tyson was one of the richest boxers on the planet. However, “Iron Mike” lost all of his wealth through bad lifestyle choices. His current net worth sits at $3 million.

Throughout the early ’80s and ’90s, Mike Tyson was the most looming figure in heavyweight…

Hollywood star Sylvester Stallone has some words of wisdom for Roy Jones Jr. ahead of…

Khamzat Chimaev could not have asked for a better performance on Saturday night. It took…

When talking about some of the biggest personalities in the history of combat sports, Mike…

After the date for Mike Tyson’s return to the boxing ring was announced, his former…

The return of veteran Ben Roethlisberger was decisive for the Pittsburgh Steelers on Monday night.…

Former World Heavyweight champion Mike Tyson is all about superstardom and action. Whether it is…

“Is Floyd Mayweather the Pay-Per-View King?”

In combat sports, there are certain aspects that decide a fighter’s level of fame and…

Whenever we hear the name “Iron” Mike Tyson, the first word that comes to our…

In recent times, a lot of boxing veterans have showcased their interest in making a…

‘Captain Hook’ Roy Jones Jr. has made some engaging claims about Mike Tyson ahead of…

“Be Careful!” – WBA Champion Cautions Mike Tyson Ahead of His Bout With Roy Jones Jr.

Mike Tyson Reveals How to Get Hurt “Real Bad” in Boxing

Roy Jones Jr is the chosen one for Mike Tyson’s long-awaited comeback. The former undisputed…

In sports, there are certain parameters to measure the revenue generated by specific events. Pay-per-view…

Mike Tyson was known for the power he packed both in his punches and words.…

Mike Tyson was the latest guest on Joe Rogan’s podcast. He came on the podcast…

Mike Tyson Expresses Desire to Compete for the “Title of Giving”

Mike Tyson vows to retain the boxing gloves on his fists, even after he gets…

by Raj Sarkar
Scroll To Top
PRESS ESC TO CLOSE