After winning his 13th Grand Slam at Wimbledon 2018, Novak Djokovic resurged on the ATP circuit after his injury blows. The 17-time major champion, Djokovic crossed 276 weeks of World Number one and he continues to reside on the summit. Djokovic’s 17 Grand Slam titles are third-most all time.

His injuries have been an issue for Novak. Recently, at US Open 2019 he was forced to retire from the fourth round match amid a shoulder injury.

The Serbian tennis star has amassed numerous records in his career. He owns nearly all the all-time records and shares just one record with Roger Federer. He has won 34 ATP Masters 1000 titles and is only one behind Rafael Nadal. Djokovic also clinched his record-extending 8th title at the 2020 Australian Open.

Djokovic is sponsored by apparel brand Lacoste since 2017. He struck a five-year deal with Lacoste paying a premium to former sponsors, Uniqlo. He wears ASICS shoes.

Djokovic receives around $20.6 million a year through sponsorship via Lacoste and various other endorsements. The Serbian ranks 17th in the World’s Highest-Paid Athletes.

Djokovic set up the Novak Djokovic Foundation to develop early childhood education projects in Serbia. It also gives grants for educational initiatives with the aim to help children.

It was founded in 2007 to invest in early childhood education with a focus on Serbia and over there only one in two children have access to preschool education.

The belief was that early education can transform the lives of children as well as entire communities. The goal is to create best-in-class programs and learning environments in Serbia.

The Foundation has built and/or repurposed at least 18 schools and helped over 10,000 children to date. 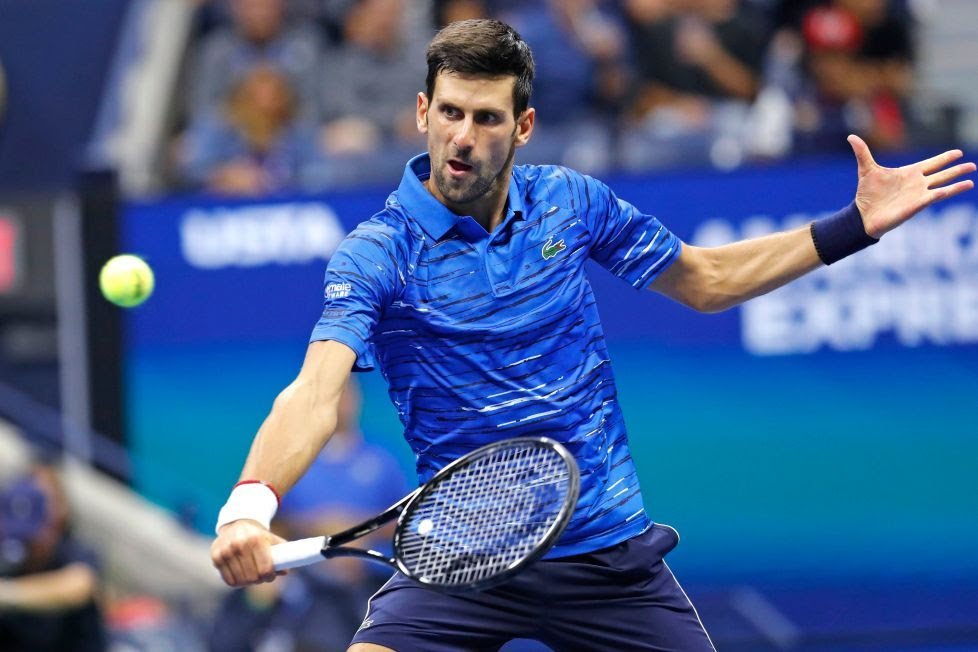 Djokovic set it up because he wanted to do something for the children. In August 2015, Djokovic was appointed as a Goodwill Ambassador for UNICEF.

Novak married his longtime girlfriend Jelena Ristic 2014. He and his wife are blessed with a son Stefan and a daughter Tara.

Also Read – Novak Djokovic’s Diet – What Does He Eat?

Roger Federer celebrates his 39th birthday today. In a two decade long career, he has…

During the suspension of the tennis season, Novak Djokovic conducted an exhibition event called the…

After the cancelation of the Wimbledon, the news that the 2020 US Open would be…

The situation regarding the US Open is catching pace. A decision is expected soon on…

The tennis world was rocked when four players including World No.1 Novak Djokovic were infected…

The US Open could be struggling to keep the big names. Recently their defending champion…

The Adria Tour was an exhibition event that was started by Novak Djokovic. Fans certainly…

“He Was Trying to Do the Right Thing” – Former British No.1 Defends Novak Djokovic After Adria Tour Fiasco

The Adria Tour was an exhibition event that was started by Novak Djokovic. While many…

Is Novak Djokovic Playing the US Open 2020?

After months of speculation, it was confirmed that the 2020 US Open would be taking…

Players should resolve their differences in the locker rooms like players in the past did,…

Is Roger Federer Playing the US Open 2020?

After months of speculation, it was confirmed that the 2020 US Open would be taking…

Novak Djokovic, Rafael Nadal, and Roger Federer have been the most dominating players in tennis.…

By winning many events, Serbian star Novak Djokovic has earned a lot of prize money…

Recently, the ATP released a revised schedule for the remaining events of 2020. Due to…

Back in 2015, at the inauguration of the tennis center at the Trump National Golf…

Dominic Thiem is More Likely to Win the US Open, Says Tennis Expert

“Do You Have Rocks in Your Head?” – Nick Kyrgios Takes Further Dig After Borna Coric’s Comments

Bianca Andreescu and Naomi Osaka Reportedly to Skip US Open 2020

The Adria Tour was an exhibition event started by Novak Djokovic. While fans certainly enjoyed…

After months of speculation, it was finally confirmed that the US Open would be taking…

It Does Not Suit the Western Mainstream That Novak Djokovic is the Best, Says Former World Number Six

Novak Djokovic faced a lot of backlash for hosting and organizing the ill-fated Adria Tour.…

by Bhavishya Mittal
Scroll To Top
PRESS ESC TO CLOSE