Pedri 2021: Net Worth, Salary, and Endorsements

Pedro González López aka Pedri is one of the most talented soccer players of his generation. With his recent Golden Boy victory, he arrives in style to become the next kid on the block. Playing in the heart of the midfield, his vision and passing are right up there with the best, despite being an 18-year-old phenom. The first Barcelona player to win the Golden Boy since Lionel Messi, Pedri's potential is endless. 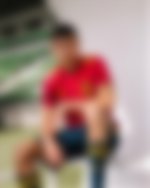 Born on 25th November 2002, he grew up in the small town of Tegueste, on the island of Tenerife, Spain. The Barcelona wonder kid has a brother with whom he had a special relationship. Moreover, his parents were die-hard Barca fans as they wanted both their sons to support the team. With the island of Tenerife scouted heavily, Pedri's talents did not go in vain. Scouts picked him as Barca got a player for the future.

Although he did not start his career at Barcelona, Pedri joined the youth ranks of Spanish side Las Palmas in 2018 from CF Juventud Laguna. After a year, he signed a professional contract with the club and made his debut at 16. Nevertheless, the talents he possessed were incredible as manager Pepe Mel wanted to try him out.

He made his debut on 18 August 2019 against Huesca but ended up losing the game. Goals came soon as he netted his first goal on 19th September, as he became the youngest scorer in the club's history. After seeing his performances with the club, Barcelona signed him up on 2nd September 2019. The player signed a five-year deal with the club as they paid  €5 million for the transfer. With future clauses inserted the amount might rise in the future.

The fans awaited his debut with the highly-rated youngster who appeared on the pitch on 27th September 2020 as he replaced Philippe Coutinho. The youngster scored his first goal for the club on 17th October, opening his account for the club. The midfielder scored his goal in a Champions League match against Ferencváros. The midfielder is a main-stay in Barcelona as he glides around the pitch. He won his first-ever senior trophy as the club defeated Athletic Bilbao in the Copa del Rey final. The midfielder appeared in his 50th game for the club in all competitions becoming the second-youngest player to reach the milestone.

Thus, his importance to the club cannot be underestimated. Pedri is a growing talent and Xavi would want him fit and hungry.

Due to his outstanding performances with the club, Luis Enrique called him up for the senior team on March 2021. Making his debut on March 25th against Greece, he played the match to his tunes. Hence, productive performances earned him a call up to the UEFA Euro 2020 where he played a vital for Spain. He incidentally became the youngest player to play for Spain showing his credentials.

As of right now, his net worth stands at $4 million. His current salary stands at £34,000 per week. Significantly, he signed his contract with a release clause which stands at €1 billion. He is also a loyal ambassador for Adidas.