Robert Whittaker is the most accomplished MMA fighter in the history of combat sports in Australia and New Zealand. The former UFC middleweight champion is arguably the best fighter in the division’s history. 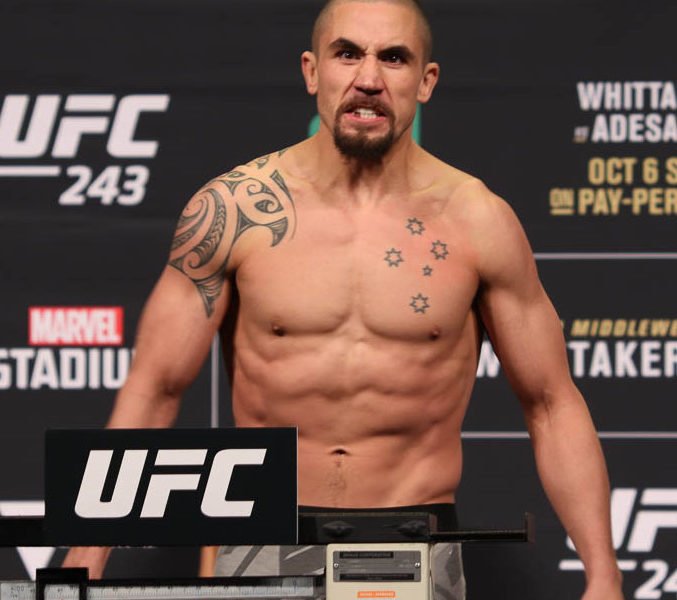 Whittaker started his UFC career as a contestant on the first series of The Ultimate Fighter: The Smashes and won the welterweight competition. He would eventually move up to middleweight, where he became the interim champion after defeating Yoel Romero. However, he became the undisputed middleweight champion since Georges St-Pierre left the UFC after capturing the title.

Whittaker is primarily a striker. However, if he wants, he can also wrestle with his opponents. He blitzes on his opponents unexpectedly and catches them off guard.

Robert ‘The Reaper’ Whittaker is one of the most loved combat sports athletes in the history of Australia. Also, he has tie-ups with some huge companies such as ActronAir, Kaplanhomes, Musclemealsdirect, Mushaminutrition, Bethesda, Unibet, and 20Foursport.

Robert Whittaker: Net Worth and Salary

Robert Whittaker has earned over $2,551,000 in his UFC career. The Aussie banked his biggest paycheck against Yoel Romero ($610,000). Please note that these figures do not take into consideration any undisclosed bonuses.

Whittaker has an estimated net worth of $2 million.

“Fighting in Anfield Would Be Huge”- Darren Till

After a successful middleweight debut against Kelvin Gastelum at UFC 244, Darren Till will be…

The final UFC Fight Island event is fast approaching, and the company wants to depart…

How Did Robert Whittaker Become A Champion?

“Darren Till is A Little Flat-Footed”- Jack Hermansson

UFC Fighter Darren Till is one of the hardest punchers in the sport. He has…

Fighting on UFC’s ‘Fight Island’ has been a memorable experience for the fighters. However, the…

The UFC will conclude their Fight Island leg of events this Saturday. Following the Fight…

In a battle of two striking forces, southpaw Darren Till will face former middleweight champion…

“This Is What I Was Put on the Planet to Do!”-Robert Whittaker

“I’m One Of The Best In The World”- Robert Whittaker

“I’ve Been Hungry!”- Robert Whittaker Ahead of Darren Till Matchup

Robert Whittaker has competed just twice in the last two years. In this time, he…

The Fight Island adventure seems to have taken its toll on Dana White, who has…

“Mike Perry Took It the Wrong Way” – Darren Till

As the UFC approaches its 3rd event on Fight Island, the Middleweight contenders step into…

Conor McGregor suddenly dropped his retirement post on June 6, 2020. This was not the…

by Sourabh Singh
Scroll To Top
PRESS ESC TO CLOSE