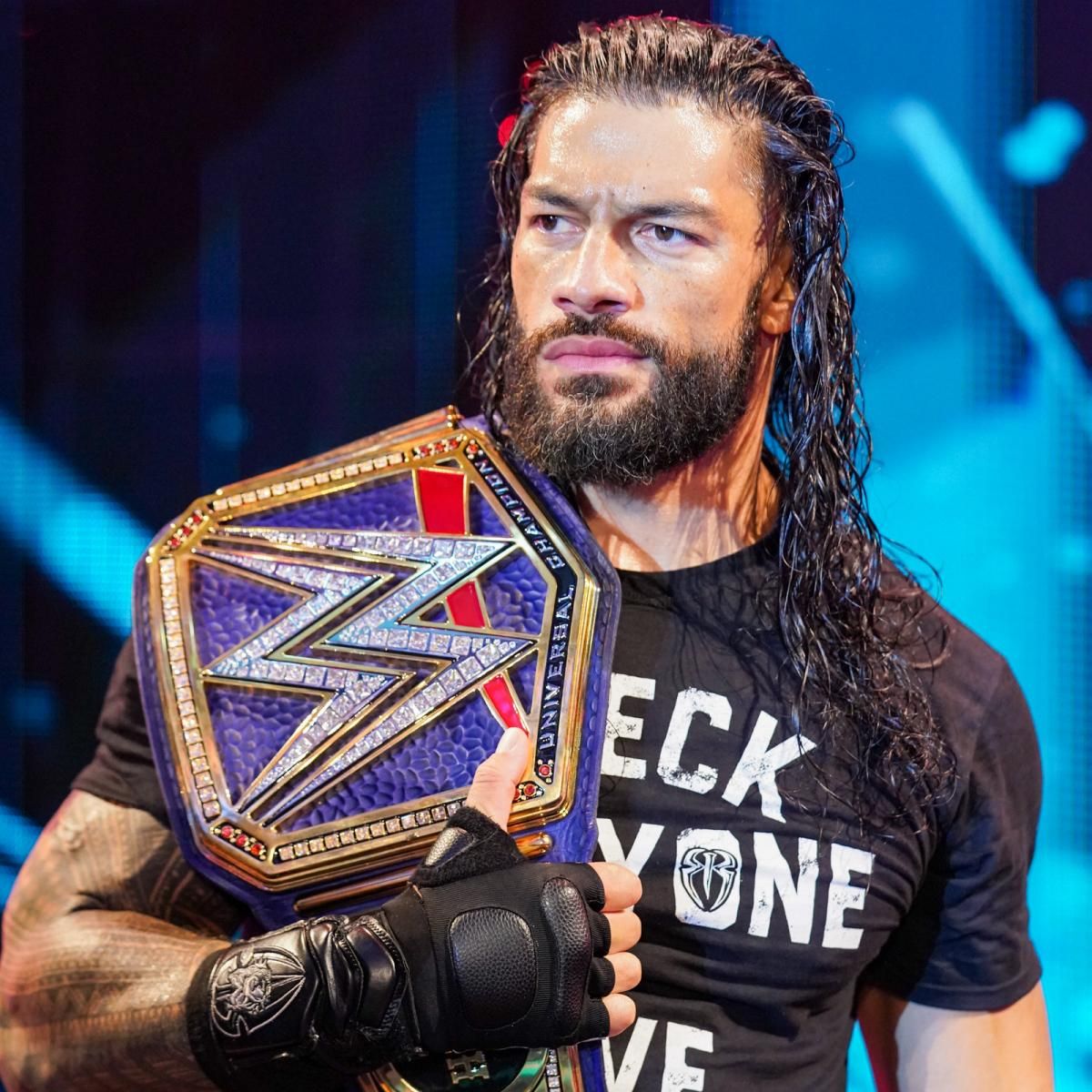 Roman Reigns, whose actual name is Leati Joseph Anoa'i, was born on May 25, 1985, in Pensacola, Florida. He is one of the biggest faces to emerge from WWE in the past few years. Despite receiving mixed fan reviews, the wrestler is considered a favorite of Vince McMahon. As a result, he is one of the most heavily pushed stars in the company.

Roman has wrestling running in his family, with his father Sika Anoa'i and brother Rosey being former wrestlers. His cousins Umaga, Yokozuna, Rikishi, and The Rock were all prominent wrestlers in the company.

However, Roman didn't immediately take a liking to professional wrestling. Formerly, he was a professional football player, representing Minnesota Vikings and Jacksonville Jaguars in the National Football League in 2007.

He later moved to professional wrestling in July 2010. Roman debuted as Roman Leakee in Florida Championship Wrestling (FCW), but the Superstar would make his main roster debut in the year 2012 as a part of The Shield, one of the most successful stables in the company's history.

After the group split in 2014, Roman was quickly pushed as the face of the company and as a successor of John Cena. However, his momentum got an enormous setback when the WWE star was diagnosed with Leukemia in the year 2018. His champion spirit would push him to make a comeback which has led him to his current status in the company.

Reigns returned to WWE at SummerSlam 2020, months after a preferring to stay out of in-ring action due to safety concerns during the pandemic. He introduced his heel character for the first time and received a huge reception from virtual fans.

'The Big Dog' went on to capture the WWE Universal Championship as he defeated The Fiend and Braun Strowman at Payback. Reigns then went on to have a rivalry with Jay USO. At Hell in a Cell, Reigns defeated Jey in an 'I Quit' match, and following that Jey was ordered to address Roman as 'The Tribal Chief.'

Following that at Survivor Series Reigns defeated Raw Champion Drew McIntyre in a Champion vs Champion match. Following that, Reigns was involved in a feud with Kevin Owens. He faced and defeated Owens at TLC 2020 and the Royal Rumble 2021.

'The Trible Chief' then had a rivalry with Daniel Bryan, who he defeated twice at the Elimination Chamber and Fastlane. Reigns faced Bryan and Edge (Who had won the 2021 Royal Rumble Match) at WrestleMania, he successfully defended the title at the event.

Reigns then faced the returning Edge at the Money in the Bank event and again retained his title. Following that, John Cena challenged Reigns to a match at SummerSlam and after a bit of delay, Reigns accepted the match and defeated Cena at SummerSlam.

Reigns then faced and defeated Finn Balor at Extreme Rules. 'The Tribal Chief' then fought Brock Lesnar at Crown Jewel and, with the help of the Usos, defended his title.

Reigns then faced WWE Champion Big E at Survivor Series and defeated him. The Universal Champion was then set to face Brock Lesnar at the Day 1 event but had to withdraw from the event.

At Royal Rumble 2022, Reigns defended his title against Seth Rollins, and even though Rollins won, as the victory was via disqualification, the title did not change hands.

Roman Reigns has achieved a lot during his comparatively brief career.

In addition, he has headlined four WrestleManias and remains one of only two stars to defeat The Undertaker at the biggest stage of them all. Roman is also a Grand Slam Champion in the WWE. Thus, he won all prominent titles at least once in his career.

Notably, he defended his title against the returning John Cena at the SummerSlam PPV and against Brock Lesnar at Crown Jewel PPV in Riyadh, Saudi Arabia.

Reigns is one of the highest-paid wrestlers in WWE. According to reports, the Samoan superstar has a net worth of $15 million in 2021.

His salary with the WWE touches $5 million annually. However, after additional perks and bonuses, it goes up quite a lot. This is not his only source of income as he also acts in movies and has cash-rich endorsements.

Roman Reigns owns a Lamborghini Hurricane, Toyota Frontrunner, Range Rover, and Mercedes Benz SUV. Also, he has a residence in Tampa, Florida. Overall, he is one of the richest WWE Superstars in the current times, behind only John Cena and Brock Lesnar.

Roman Reigns is heavily associated with the Make A Wish foundation. In addition, he continues fulfilling the wishes of children who want to meet their favorite superstar. Reigns also supports the Susan G. Komen charity working for the victims of breast cancer disease.

Since his disease, he has also been helping young children suffering from Leukemia through the Leukemia and Lymphoma society.

WWE has a common email to submit feedback to any wrestler. This is because it is not possible to reach out to everyone. You just have to fill in your name, the superstar you want to talk to, and your message.

You can also contact him via his social media accounts.