The enigmatic Sha'Carri Richardson is regarded as one of the brightest upcoming talents in athletics. Born in Dallas, Texas on March 25th, 2000, her grandmother had an instrumental role in her upbringing and motivated her to be an athlete.

The influence of the GOAT, Florence Griffith-Joyner is evident in her style and attire on the track. Her colored hair keeps changing all the time as it has become a part of her identity.

Richardson got enrolled at the Louisiana State University and was a part of the LSU Lady Tigers track and field team. Her ability on the track was clear since she was young. Standing at around 5'1", the sprinter has a unique sprinting style.

Significantly, her victory in the 100-meter race in AAU Junior Olympics in 2016 elevated her career. After that, Richardson won the emerging athlete award at USA Track & Field Junior Championships in 2017. More success followed at the 2017 Pan American U20 Athletics Championships where she won the gold medal as well.

Both the races saw her create the world under-20 records for the sprints.

Finally, after his first year, she went on to become a professional in a bid to get selected for the Tokyo Olympics 2020.

Her arrival on the big stage came when she created the sixth-fastest time in women's 100-meter history. She set a time of 10.72 seconds and coincidently, became the fourth-fastest American sprinter in the nation's history.

The dreams of becoming an international athlete became fulfilled after she set a time of 10.86 in the United States Olympic Trials.

Just before her much-awaited debut at the Olympics, however, she was handed a ban by the World Anti-Doping Agency for doping due to which she missed the event.

After that, the sprinter returned for the Nike Prefontaine Classic Meet and finished ninth in the race. She set a time of 11.14 seconds. 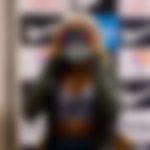 Sha'Carri Richardson Net Worth and Endorsements

According to Exact Net Worth and Biography Daily, Richardson's net worth is estimated to be around $100,000. However, as per Spotsjone and Celebsagewiki, the athlete's value stays between $1M and $5M. Her salary range comes between $45,000 and $50,000.

Nike has signed with her and continues to support her.