Wardell Stephen “Steph” Curry II or Stephen Curry is a six-time NBA All-Star and a two-time NBA Most Valuable Player (MVP). Also, he has won three NBA championships with the Golden State Warriors. As a result, many regard him as the greatest shooter in NBA history.

He was not one of the famous names during his college career with Davidson Wildcats, where he played for three years, before being picked by the Warriors as the seventh overall pick in the 2009 NBA Draft. 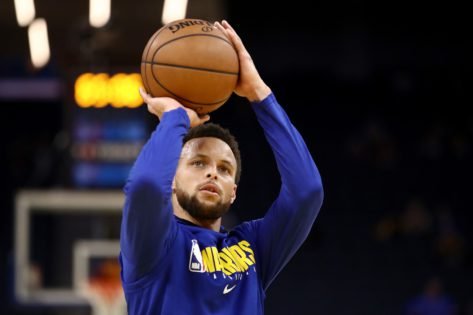 Once he arrived, he revolutionized the game of basketball by inspiring teams to regularly employ the three-point shot as part of their winning strategy. Also, Curry became third in the list of the number of three-pointers scored in NBA history. Also, he set the NBA record for three-pointers made in a regular season with 272 during the 2012/13 season, which he surpassed in 2015 with 286, and again in 2016 with 402.

In addition, Stephen Curry’s wife is Ayesha Alexander, whom he got married to after a long relationship. Moreover, Stephen Curry has three children, making them a family of five.

Forbes estimates the net worth of  Curry as $79.8 million. He is ninth in their list of World’s highest-paid athletes of 2019 and 23rd in the Richest celebrities of 2019. Moreover, Stephen Curry’s contract of $200 million in 2017  is the NBA’s first. Further, he has had the league’s top salary in the past two seasons. Curry’s annual salary now is around $40 million.

Curry is one of the most marketable athletes in the world. He makes around $42 million from his endorsements. In addition, Curry’s production company, Unanimous Media, has a development deal with Sony Pictures. Moreover, his company’s first movie, Breakthrough, was released in April.

Curry has made a few notable contributions to various charities. Likewise, he recently contributed food for school children affected by the pandemic. But charity is not something he started recently. In 2012, he donated three mosquito nets for every three-pointer that he scored. 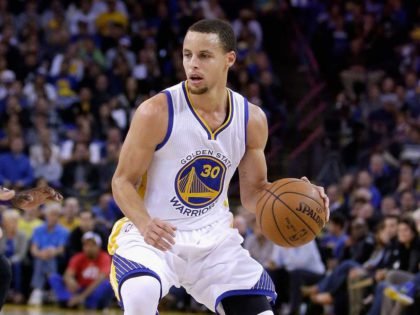 His charity also includes donating for educational purposes. Further, he donated $58,100, an amount that he got by auctioning shoes to Science, Technology, Engineering and Mathematics (STEM) education initiatives. Also, he has a company named SC30 (Stephen Curry’s NBA jersey number is 3o), which manages his investments, brand partnerships, and philanthropic ventures.

However, out of the $42 million Curry makes from endorsements, his shoe deal covers a significant amount. Significantly, Stephen Curry has a shoe deal with Under Armour after snubbing Nike in his rookie season. His shoe deal, though, earns him a lot lesser when compared to the likes of LeBron James, James Harden, Kevin Durant.

The Golden State Warriors had a disastrous 2019-20 season owing to their injured stars. They…

The 2019-20 season was a rollercoaster ride in a lot of ways. The Golden State…

The NBA is a league full of stars. Players who can single-handedly win games for…

When Steve Kerr took over as the head coach of the Golden State Warriors, the…

In an attempt to fix their roster for the upcoming season, the Philadelphia 76ers have…

After being the star of Under Armour for over seven years, Stephen Curry is now…

Steph Curry has been one of the most influential basketball players in recent times. He…

The Golden State Warriors did not have a designated big for quite some time; however,…

The Los Angeles Lakers soared inside the Orlando bubble to clinch the 2020 NBA Championship.…

Nate Robinson entered the NBA through the Phoenix Suns’ 21st overall draft pick. He has…

Kelly Oubre Jr. Opens Up on His Initial Experience with the Golden State Warriors

Steph Curry continues without his ‘Splash Brother’ Klay Thompson into the upcoming season. A majority…

‘Finally Get His Championship’: Jayson Tatum Among Others React on Twitter to Charles Barkley’s Golf Swings

All eyes are on the charity golf match involving Charles Barkley, Stephen Curry, Peyton Manning and…

When we talk about the best shooters of all-time, one NBA player is featured in…

Thanksgiving always lights up spirits, and people share gratitude for everything they’ve received in life.…

Despite having two talented superstars like Ben Simmons and Joel Embiid, the Philadelphia 76ers have…

After finishing last season with 15-50, the worst record in the league, the upcoming season…

The Golden State Warriors played their last NBA game on March 10. The 2020-21 season…

After a lot of struggles last season, the Golden State Warriors are trying to make…

During mid-2019, nobody could’ve predicted that the Golden State Warriors were approaching a cruel test…

Kelly Oubre Jr. officially became a part of the Golden State Warriors on Sunday. Although…

by Yashima Bhatia
Scroll To Top
PRESS ESC TO CLOSE