Dwayne Johnson, better known by his in-ring name The Rock, is perhaps the most recognized wrestler of all time. That's largely because he's also one of the biggest movie stars in the world.

Dwayne Johnson is a third-generation professional wrestler with his father Rocky Johnson and grandfather High Chief Peter Maivia also being parts of the business. However, wrestling was not always his passion. Dwayne was also a highly prolific footballer in his teenage years.

He studied at the University Of Miami on a full scholarship where he played defensive tackle for the college football team. After this, he joined the Canadian Football league as a part of the Calgary Stampeders. However, he was dropped two months into the season.

That was when he decided to pursue professional wrestling which would change both his life and the industry forever. Unfortunately for him, he had a horrible start to his career. He debuted at the 1996 Survivor Series with a corny babyface character called Rocky Maivia. However, the US at this time was getting anti-authority and professional wrestling getting edgier. That's why Dwayne's character was heavily rejected by the fans.

This led him to dig into his arsenal and create the best wrestling character of all time. He turned heel and his new character was called The Rock. In a swift departure from his earlier persona, The Rock was a no-nonsense brash character who revolutionized the art of cutting promos.

The Attitude era was in full swing, which meant he had full independence on the mic and he didn't shy away from getting edgy when needed. His rise would coincide with the rise of another legend - Stone Cold Steve Austin. Their epic rivalry would become a key factor in getting WWE the win over WCW in the Monday Night Wars on prime time television.

The Rock became the face of the WWE, and his catchphrases became the stuff of legend. His rising popularity would soon attract Hollywood. Fans still miss the most electrifying wrestling Superstar on TV. 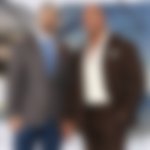 Dwayne Johnson is one of the biggest movie stars in the world. His movies might not be critically acclaimed, but they certainly earn billions of dollars at the box office.

Since his breakthrough role as The Scorpion King in The Mummy Returns, The Rock has acted in countless movies including big-budget franchises like Jumanji and Fast And Furious. Dwayne also has a preferred list of co-stars.

Particularly, he has starred with Kevin Hart in the Jumanji series, Fast And Furious: Hobs and Shaw, and Central Intelligence. The Dwayne Johnson-Kevin Hart duo is also known for their friendship off the screen. Another big duo that he is a part of is the epic Dwayne Johnson-Vin Diesel pairing that ruled Hollywood with the Fast And Furious Franchise.

Dwayne Johnson is all set to star as the supervillain in a Shazam! spin-off movie where will play the role of Black Adam. Here's a list of all the movies he has acted in till this point.

Dwayne "The Rock" Johnson 2022 Net Worth

The Rock is also one of the richest movie stars in the world. His net worth in 2022 stands at $800 million.

That net worth includes what we believe is The Rock's 30-40% stake in Teremana Tequila and a current $2 billion conservative estimate valuation of the brand.

He topped the list of the highest-paid actors when he earned $89.4 million between June 1, 2018, and June 1, 2019. Also, he collects fifteen percent of his total income from his big-budget movies. Reportedly, Dwayne was paid $700,000 per episode for his appearance on the hit HBO tv series Baller.

Needless to say, The Rock is one of the biggest stars in Hollywood. His worth in the industry is rivaled only by few movie stars today.

Dwayne Johnson is one of the most charitable stars in the world. He has his own foundation called Dwayne Johnson Rock Foundation.

The Foundation seeks to assist in recovery and help children hospitalized for various reasons. In addition, education and childhood obesity prevention programs are also a big part of its work. Aside from this, The Rock is also a big part of the Make-A-Wish foundation.

Here are the social media handles of Dwayne Johnson.