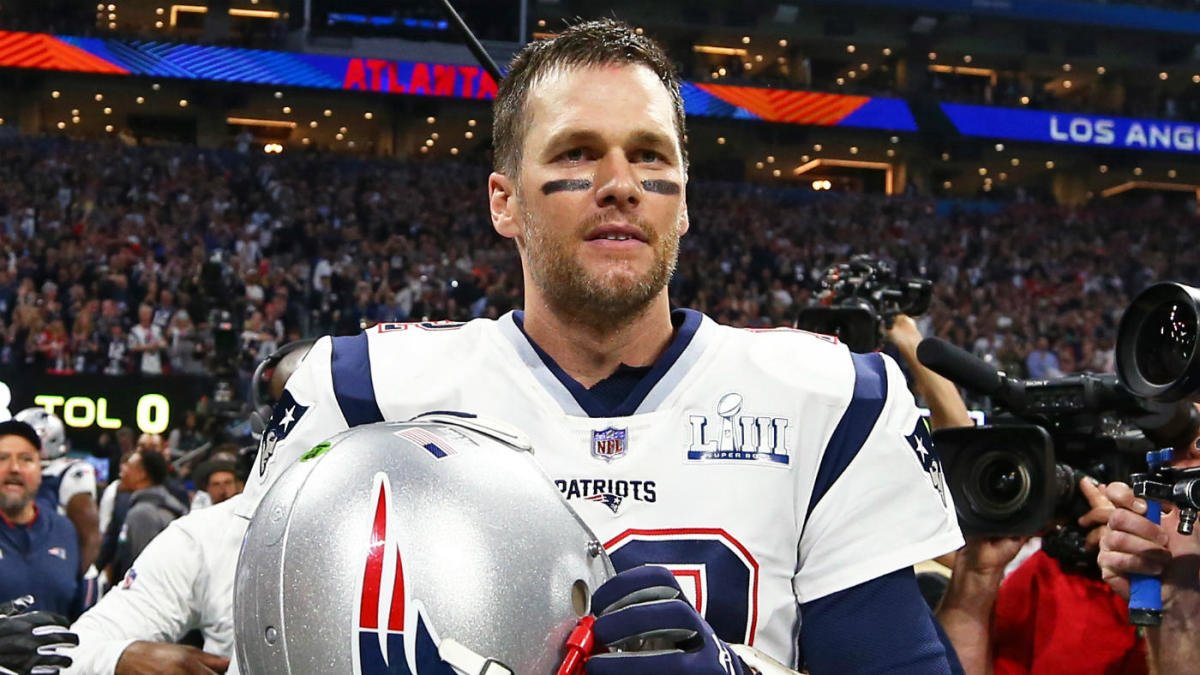 Tom Brady is regarded as one of the NFL’s greatest quarterbacks of all time. He has won the most Super Bowls in NFL history and is considered to be one of the biggest steals in NFL draft history. The New England Patriots drafted the Michigan prospect at 199th overall in the 2000 NFL draft. He stayed with the New England Patriots for 20 seasons winning divisional titles, AFC Championships, and six Super Bowls. However, he left the Patriots and joined the Tampa Bay Buccaneers ahead of the 2020 NFL season. 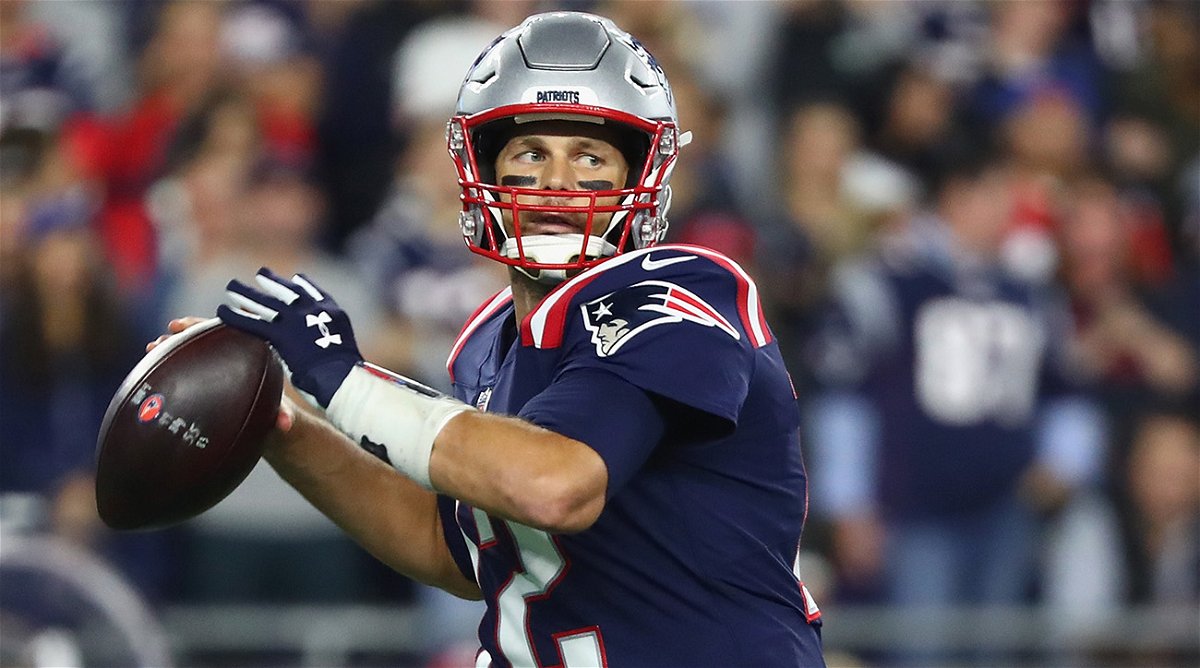 Whilst rushing, Brady has made 606 attempts to go forwards. But he has gained only 1,037 yards and registered 22 touchdowns.

According to Pro-Football-Reference, Tom Brady has played 41 playoff games for the New England Patriots. The quarterback has a 63% pass completion rate with 1,025 completions from 1,626 attempts.

He passed for 11,388 yards and notched up an astonishing 73 touchdowns. As a rusher in the post-season, he has gained 136 yards and has six touchdowns.

Brady has claimed numerous accolades in his two-decade long stay with the New England Patriots. He is a 6x Super Bowl winner and 4× Super Bowl MVP.  In addition to this, he has claimed the NFL regular season MVP three times (2007, 2010 and 2017). 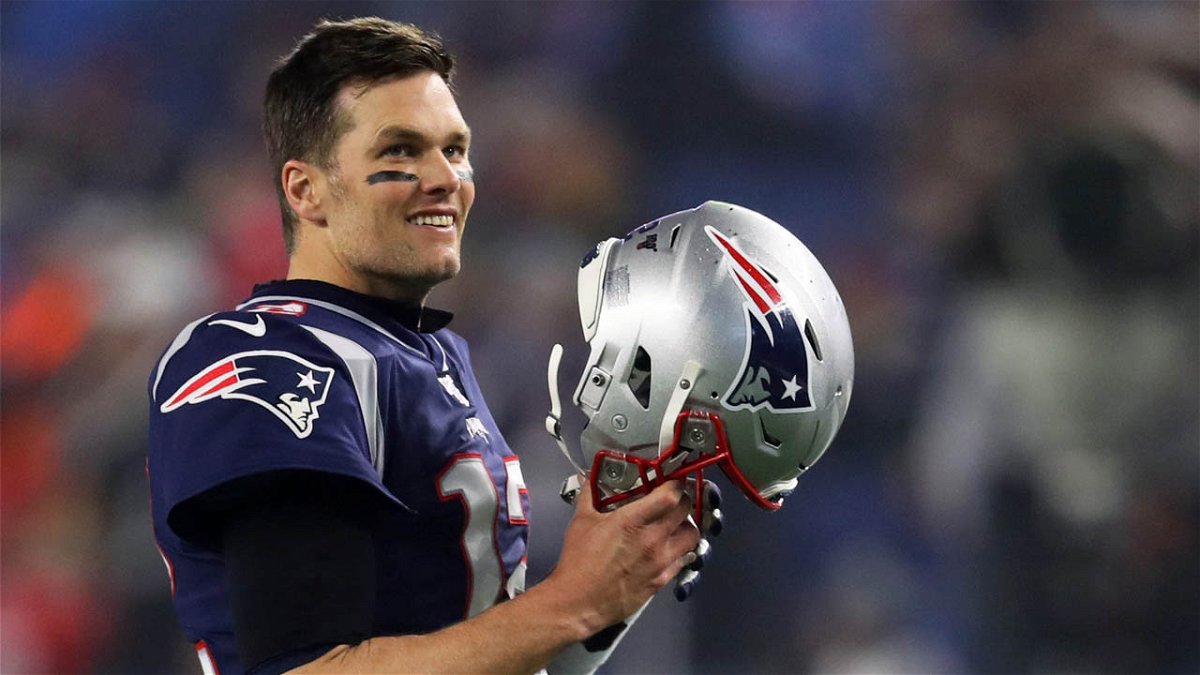 The New England Patriots quarterback has featured in the NFL 2000s All-Decade Team as well as in the NFL 100th Anniversary All-Time Team.

As per Celebrity Net Worth, the former New England Patriots quarterback has an estimated net worth of over $200 million. According to Spotrac, based on his current contract with the Tampa Bay Buccaneers, Tom Brady will see his net worth swell to at least $50 million at the end of the 2021 NFL season.

In addition to this, as per Forbes, the former New England Patriots quarterback endorses brands like Under Armour, Molecular Mattresses, IWC watches, and Upper Deck.

Like most sports personalities, NFL superstar Tom Brady has set up a foundation. He used his jersey number to help popularize the foundation.

This is the TB12 Foundation whose mission is to inspire and educate athletes to excel in sports as well as away from it. Through the initiative, Brady hopes to empower at-risk athletes to overcome economic or health-related obstacles to reach performance goals. 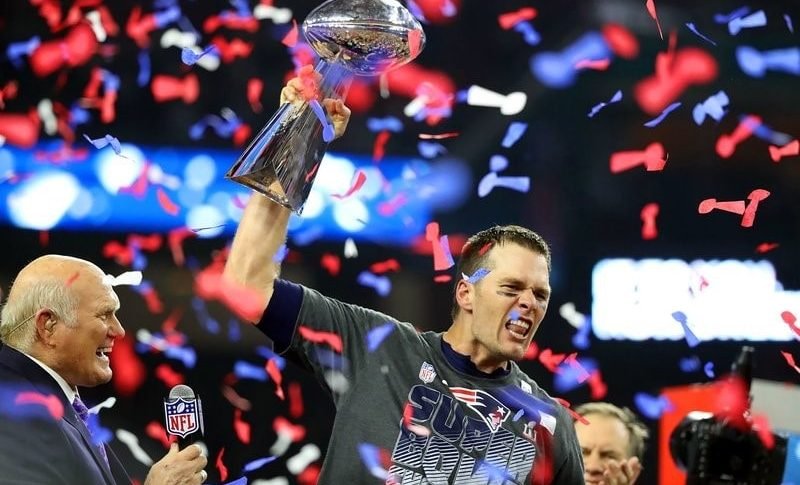 He has won the Vincent Lombardi Trophy a record six times and is a 4x Super Bowl MVP (XXXVI, XXXVIII, XLIX, LI).

Who is Tom Brady’s Wife?

Patrick Mahomes is arguably the biggest star in the NFL right now. Of course, there…

In the buildup to the 2020 NFL draft, LSU star Clyde Edwards-Helaire began to attract…

Cam Newton is someone who has dealt with criticism throughout his career. Right from his…

Tom Brady arrived in Florida as a sort of ‘savior’ figure. The veteran NFL quarterback…

THROWBACK: The Scandalous Deflategate and the Fallout Faced By Star QB Tom Brady

Tom Brady has been in the public eye for two decades, in part due to…

Cam Newton has been in headlines all throughout the offseason. There was a massive public…

Will Adrian Peterson Be The Latest Addition To The Tom Brady Revolution In Tampa Bay?

The upcoming NFL season is bound to be nothing short of a Hollywood thriller. Blockbuster…

It’s been a rough couple of months for Tom Brady after joining Tampa Bay Buccaneers.…

Which NFC North Team Has the Best Chances at Success for The 2020 NFL Season?

The NFC North Division has been part of the NFL for the last 18 years.…

by Reubyn Coutinho
Scroll To Top
PRESS ESC TO CLOSE