Stewart was the USAC Rookie of the Year in 1991, USAC National Midget Series Champion in 1994 and 1995, and USAC Silver Crown Series champion in 1995.

Tony Stewart got his first go-kart in Westport, Indiana in 1979, and won his first title in 1980. He grew up dashing go-karts, winning a World Karting Association title in 1987.

He climbed to the United Midget Racing Association (UMRA), where he hustled TQ (three quarter) dwarfs until 1991, when he again climbed this chance to the United States Auto Club (USAC) arrangement with assistance from one of his karting patrons and companion Mark Dismore.

The 49-year-old has won titles in many different series, including Indy, midget, sprint, and USAC Silver Crown. He is also the only driver to win a series in both IndyCar and NASCAR.

As per Celebrity Net Worth, While his net worth is $90 million, he acquired $130 million through his racing career.

The mission of the Tony Stewart Foundation is to give funds to associations serving youngsters who are fundamentally sick or physically disabled, as well as those who work with animals at risk. He even funds drivers injured in racing. 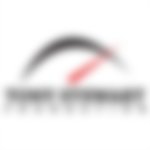 Stewart lives in Columbus on a 430-acre farm. His sister, Natalie, helps with Tony Stewart Foundation activities alongside their mother, Pam Boas, who additionally is engaged with his foundation.

Jeff Gordon took an interview with Tony Stewart for the Around The Track
series, giving Gordon a visit through his garage. It's a car collector's dream.

It has a crazy amount of race vehicles. Tony Stewart's garage is stacked with NASCAR vehicles, Indycar, and dirt track vehicles. Each of the three NASCAR title cars are in plain view.

He even has a range of bikes, even though his insurance doesn't allow him to ride bikes.

Tony is very active and highly popular on social media. As a result, it's the most accessible and easiest method to keep in touch with the three-time Cup Series Champion.

Stewart is on all the popular social media platforms such as Instagram, Twitter, and Facebook. While these serve as an excellent platform for fan requests and interactions, Tony also has his own official website and management team to keep track of proposals and requests.

Alternatively, one could also write a letter to his mailing address at: