Toto Wolff functions in the capacity of the Team Principal to the Mercedes AMG Petronas Formula One team. The Austrian joined the team in 2014 and has been with them ever since.

Wolff started his motorsport career in 1992 in the Austrian Formula Ford Championship. Two years later, he won the 24 Hours Nürburgring in his category. Wolff even racked up a few wins here and there, in the FIA GT Championship and in the Italian GT Championship. His net worth is believed to be nearly $580 million (approximately).

As a Team Principal, Toto Wolff reportedly earns €8 million a year. At least, according to Austria’s Osterreich newspaper. 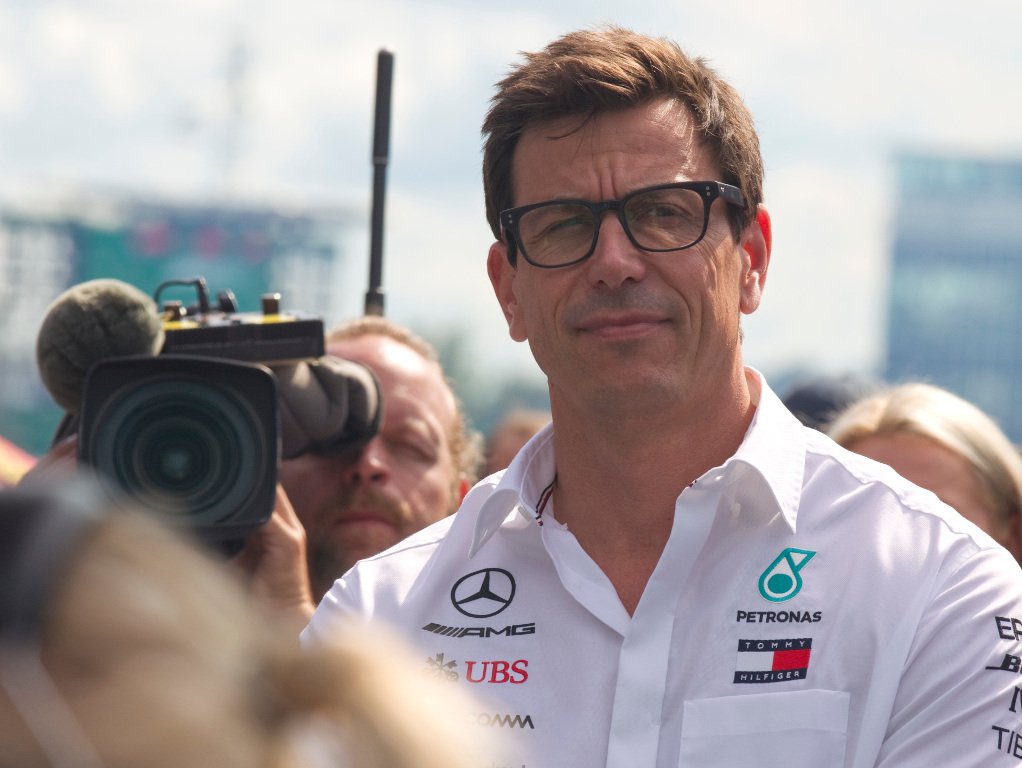 Wolff currently resides with his second wife, the Scottish racer, Susie Wolff. The two have a child together, in addition to two children from Toto’s previous marriage to Stephani.

Wolff has two residences in the UK and Switzerland in Oxfordshire and Ermatingen, respectively.

READ MORE- Toto Wolff: Everything We Know About His Wife, Children and Personal Life

Other accolades to his name are a runner-up in the Austrian Rally Championship in 2006, and the top spot in the 24-hour race in Dubai. In 2009, he also became a lap-record holder on the Nürburgring Nordschleife in a Porsche RSR.

After retirement, Wolff focused heavily on investment, even founding two companies. Both companies primarily focused on investments on internet and technology.

However, from 2003 onwards Wolff concentrated on strategic investments in medium-sized industrial and listed companies. Some Investments include the German HWA AG that runs the Deutsche Tourenwagen Masters race program for Mercedes-Benz.

Other investments include BRR Rallye Racing, one of the largest rally parts dealers in Europe. Wolff is also co-owner of a racing driver management company with former F1 champion Mika Häkkinen.

As mentioned before, Toto Wolff has various investments. These include a share in the Williams F1 Team and even the Mercedes team itself. After joining Mercedes, he acquired a 30% stake of Mercedes-Benz Grand Prix Ltd.

Wolff is Vice Chairman of the Mary Bendet Foundation, founded in memory of a school friend who was a role model for a generation of friends. The Foundation strives to make life better for children who are underprivileged.

Its projects include improving living conditions in day-care centers, dormitories, and playgrounds; creating joyful environments such as rehearsal studios; supporting talent by sponsoring scholarships; and inaugurating centers for blind and handicapped children to better prepare them for life in everyday society.

Unfortunately, there is no easy way to get in touch with Toto Wolff. Wolff does not have an official website, and the same applies to social media.

Sebastian Vettel has expressed his views on the Reverse-Grid Sprint Race. After an unpredictable Italian…

Ineos, a Petrochemical manufacturer, became the major sponsor for the Mercedes-AMG F1 team this year.…

Toto Wolff opens up his views on the concept of Reverse-grid Sprint Race. Toto believes…

Following weeks of speculation, Sebastian Vettel is aware of his destination in 2021. Racing Point…

Mattia Binotto dismissed the fact that Ferrari was scanning the Mercedes “Inside and outside”. Binotto…

There are upcoming two-week gaps scheduled between the forthcoming races. And defending Constructors’ champion Mercedes…

Formula 1 has undergone severe changes over the years. Starting off from the cars and…

There has been a documented rivalry between Mercedes and Ferrari. But on account of special…

Is Toto Wolff Taking a Step Back From F1 as Mercedes Team Principal?

REVEALED : How Much it Cost Mercedes to Win the 2019 F1 Championship

Ever since Mercedes entered the domain of Formula 1 racing and stole Ferrari‘s thunder, the…

It’s no secret that Mattia Binotto and Toto Wolff don’t see eye to eye. After…

After sport, Formula One is also a form of entertainment, so spectacle is really important.…

After the humiliating display at the Spa Francorchamps circuit, criticism pointed at Ferrari has amped…

Ferrari suffered hefty blows in the free practice session before pulling up their socks. Qualifying…

Starting directly behind Lewis Hamilton, one would think Max Verstappen was a real threat in…

The Racing Point case has been dragging out over the past few months. It is…

Over the past few months, the Racing Point team has been under almost constant fire.…

Toto Wolff Reveals Why Mercedes Resigned With Bottas for 2021

Mercedes’ success cannot be credited to the skills of Lewis Hamilton alone. The partnership between…

Mercedes F1 have always been renowned as the innovators in the world of Formula 1.…

British Formula 1 racer Lewis Hamilton is in the form of his life. Already the winner…