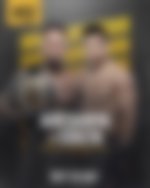 The UFC makes its highly anticipated return to Yas Fight Island in Abu Dhabi after a successful stint at the Apex Facility. UFC 253 is set to kick off the promotion’s five-week-long stay at the Flash Forum. The date of the aforementioned pay-per-view is September 26, 2020.

Chiefly, the organization will round up their trip almost a month later on October 24, 2020.

The bouts are scheduled to take place in the standard 30-foot cage and are a change from the Apex Facilities 25-foot octagon. UFC 253 is broken down into the main card, preliminary card, and early preliminary card, hosting a total of 11 fights.

The main event features Nigerian-born and New Zealand made champion Israel Adesanya fight the ferocious Brazilian in Paulo Costa. Additionally, the fight is a historic clash that sees two undefeated titans scrap for undisputed Middleweight gold. What’s more, such an occurrence was last seen all the way in May of 2009 at UFC 98 when Rashad Evans and Lyoto Machida faced-off.

The co-main event feature is set for scrap for the vacant 205-pound championship and will be contested between Dominick Reyes and Jan Blachowicz. Chiefly,both elite fighters will look to cement a new legacy after Jon Jones relinquished the strap.

Read: "Fu*k You Pay Me!- Israel Adesanya Sends a Message to his detractors

Fan-friendly Flyweight fighters Kai Kara-France and Brandon Royval sit pretty in the middle of an exciting main card. Additionally, their bout is already in consideration for a bonus given their willingness to trade heavy blows.

The main card opener sees Featherweights Hakeem Dawodu and Zubaira Tukhugov vie for a spot to break into the division’s elite.

Lightweight Brad “Quake” Riddel will look to extend his 5 fight career win streak when he stands across the cage against Alex da Silva Coelho. The Brazilian in da Silva Coelho has gone 1-1 in his UFC run thus far and will be keen to close out the Preliminary card.

The TUF-1 veteran in Diego Sanchez will look to make a statement when he faces off against a grizzly combatant in Matthews. The 38-year-old in Sanchez has looked increasingly impressive in the octagon going 3-1 in his last four outings.

The preliminary card will be opened by Dana White’s Contender Series stand-out William Knight. He will be tasked with providing Aleksa Camur his first loss as a professional MMA fighter.

‘’TUF-28’’ winner Juan Espino has done undefeated since March of 2017 and will be keen to build off his momentum. Although he makes his return after almost two years, “El Guapo” is confident that he can compete at the highest level. His opponent in Jeff Hughes has struggled since his Contender Series appearance going 0-2-1 in the promotion.

The Russian Fighter in Ibragimov is possibly fighting for his job after failing to scalp a single win in the UFC. He is 0-3 in the promotion and desperately needs to get back on track in a statement performance against Danilo Marques.

A key strawweight fight between former challenger Claudia Gadelha and top prospect Yan Xiaonan was slated for UFC 253. A knee injury forced the Brazilian out of the scheduled bout and they will face off in November instead.

Shane Young was slated to face Nate Landwehr, however, the latter tested positive for COVID-19 and was ruled out of the fight. UFC debutant Ludovit Klein has taken his place in the exciting Featherweight match-up.

Main card fighter Ketlen Viera was originally set to face Marion Reneau before being replaced by Sijara Eubanks. Chiefly, an undisclosed injury ruled her out of the aforementioned Bantamweight scrap.

The main card begins at 6:00 am [September 27] local time in Abu Dhabi and the entire preliminary fight card has a start time of around 2:30 am Gulf Standard Time.

The pay-per-view is tailored for prime time on the East Coast of North America and the main card beginning at 10:00 pm ET and the early prelims are set for 7:00 pm ET