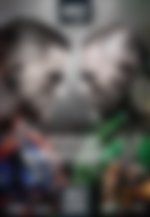 The UFC will have their first PPV of the year in Abu Dhabi’s Yas Fight Island with a mammoth Lightweight match. It ends a fight week with two other cards and serves as the true grand opening of the UFC for 2021. It will feature the return of MMA superstar Conor McGregor against top-ranked Lightweight Dustin Poirier in a fight with title implications.

The UFC will host UFC 257 as their first PPV of the year. The bouts are scheduled to take place in the standard 30-foot cage. The fights at the UFC APEX in Las Vegas employs a smaller 25-foot octagon.

The show is capped off by the pride of Ireland Conor McGregor looking to beat Dustin Poirier for the second time after their matchup in 2014. Conor is going into the fight having lost his last Lightweight bout in 2018 to Khabib Nurmagomedov. He has fought once since at Welterweight. Dustin Poirier won his last fight against Dan Hooker, but failed to capture the Lightweight Championship from Khabib in 2019.

The most likely co-main event for this bout is Michael Chandler's UFC debut against Dan Hooker. Chandler made weight as an alternate for the UFC 254 main event title fight between Khabib Nurmagomedov and Justin Gaethje. Dan Hooker lost his last fight to the main eventer Dustin Poirier, and will look to enter the title picture with a statement win.

We will have a high-stakes Women's Flyweight bout between Joanne Calderwood and Amanda Ribas. The winner will be one step closer to entering the title picture. This matchup will presumably be on the main card.

A fight of the night contender has already been announced for the Men's Featherweight division between Shane Burgos and Hakeen Dawodu. Burgos was in one of the best fights of 2020 against Josh Emmett.

Amanda Ribas will be in action against Marina Rodriguez. Michelle Waterson was originally scheduled to face Ribas but had to drop out of the fight. Marina dropped her last fight to Carla Esparza. Ribas was undefeated in 2020, winning both her fights against Paige VanZant and Randa Markos.

Brad Tavares will look to halt his two-fight losing streak when he faces 7-4 UFC journeyman, Antonio Carlos Junior. This fight was initially booked for March 2020, but a host of injuries has delayed it by 10 months.

Khabib's cousin Umar Nurmagomedov will finally step into the Octagon against Sergey Morozov. The fight was initially booked for UFC 254, headlined by Khabib. However, it fell through and is now on the undercard for a Conor McGregor fight.