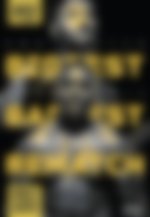 The UFC will continue their trend of putting on massive UFC cards to open the year with UFC 260. We saw the return of Conor McGregor, Kamaru Usman, and three title fights headlined by Israel Adesanya and Jan Blachowicz. Now we get the heavyweight rematch everyone has been waiting for.

Stipe Miocic will be defending his UFC Heavyweight Championship for the first time since he put his trilogy with Daniel Cormier to bed. His opponent is a familiar foe in Francis Ngannou, a fighter Miocic beat in 2018. Stipe is the only man to ever beat Ngannou in the UFC.

The UFC will host UFC 260 as their third PPV of the year. The bouts are scheduled to take place in the smaller 35-foot cage.

The show will be headlined by the greatest heavyweight champion in UFC history putting his title on the line. Stipe Miocic looks to extend his record with the most heavyweight title defenses when he faces Francis Ngannou. Ngannou is on a tear right now, winning his last four fights via first-round KO. Stipe is coming off back-to-back wins against Daniel Cormier.

Featherweight champion Alexander Volkanovski looks to cement his championship reign as legitimate after a controversial decision win over Max Holloway in his first title defense. He does that against former Holloway victim, Brian Ortega, who is coming off a win over The Korean Zonbie.

Tyron Woodley is looking to arrest a three-fight losing streak against Vicenete Luque. Luque has become a UFC mainstay and a win here will help him break into the top-tier of the Welterweight division rankings.

Sean O'Malley will be looking to rebound from his first career loss against Thomas Almeida. O'Malley is coming off an embarrassing KO loss to Marlon 'Çhito' Vera. Khama Worthy and Jamie Mullarkey meet in an exciting Lightweight fight.