UFC 263 is on the horizon as the biggest MMA organization in the world makes its way to Glendale, Arizona. The fight card boasts two title fights to close out the night at the Gila River Arena. Chiefly, the UFC has had two successful trips to capacity arenas in the post-pandemic era with Arizona being the third stop.

The fight card features something for everyone with high-level bouts from several weight classes sprinkled throughout. What’s more, UFC 263 will also be remembered for having the first non-title fight to feature five-round action instead of three. The MMA world was taken by storm when it was revealed that Nate Diaz’s return to action will be historic as he’s scheduled to fight Leon Edwards for five, five-minute rounds.

The main event of the card that closes the show features Israel Adesanya’s third title defense against Marvin Vettori. Both men met back in 2018 and Vettori gave Adesanya one of his hardest fights in the UFC. ‘The Italian Dream’ believes he can convert his split decision loss into a career-defining title fight win. Not to mention, it’s also Adesanya’s first appearance since losing for the first time in pro-MMA.

The gauntlet of high-level talent continues to turn with an explosive five-round flyweight title fight rematch. Deiveson Figueiredo and Brandon Moreno went to war at UFC 256 and their ‘Fight of the Night’ scrap ended in a draw. The elite 125-pounders will step inside the cage and settle the score once and for all.

The main card continues to deliver as Nate Diaz makes his historic comeback against number 3 ranked Leon Edwards. A win over ‘Rocky’ would mean that Diaz would be the top contender to challenge Kamaru Usman for the belt.

Moreover, veteran Demian Maia takes on surging contender Belal Muhammad who had a disappointing outing against Edwards. The main card will be brought over by light heavyweights Paul Craig and Jamahal Hill who are explosive fighters.

Rising lightweights Drew Dober and Brad Riddell take the center of the cage to close out the preliminary card at UFC 263. Moreover, there’s a marquee number one contender bout that is set to go down between Lauren Murphy and Joanne Calderwood. Both women have shown good looks in their previous outings and the winner could be in pole position. 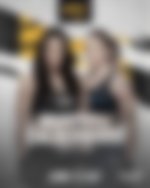 The UFC is always in need of fresh faces to challenge flyweight queen Valentina Shevchenko and UFC 263’s bout will probably produce her next challenger.

The early prelims section of UFC 263 features five fights that range all the way from heavyweight to women’s bantamweight. Two scraps in particular stick out as potential contenders to lock in ‘Fight of the Night’ honors based on past performances. Frank Camacho vs Matt Frevola and Fares Ziam vs Luigi Vendramini has been earmarked by fans as all the aforementioned fighters bring it.

Additionally, fan-favorite fighter Chase Hooper looks to charter a new course after having a dicey performance in his last fight. Despite getting beaten for the majority of the fight, Hooper made sure to pull off the comeback victory and will want to assert himself at UFC 263.

The early prelims section of the fight card takes place on the UFC Fight Pass streaming service and starts at 3:30 PM PDT. Furthermore, the preliminary card airs on ESPN or ESPN+ and takes place two hours after the start of the show. The stellar main card takes place at 7:00 PM PDT and can be ordered on ESPN +

Ten Sports Network will feature the event in India while DAZN will be the place to go for fight fans hailing from Germany, Spain, Italy, Austria, and Switzerland.