UFC 265 will take place at the Toyota Center in Houston, Texas, USA, on Saturday, August 7, 2021. The pay-per-view event is filled with several exciting bouts.

As already mentioned above, a thrilling heavyweight clash between Derrick Lewis and Ciryl Gane will headline UFC 265. 'The Black Beast' is on a four-fight win streak, while 'Bon Gamin' is undefeated (9-0). Both fighters will aim to extend their unbeaten runs and secure a fight against Francis Ngannou. 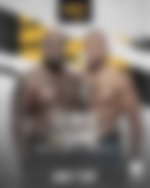 The main fight card will kick off with an intriguing bantamweight clash between Song Yadong and Casey Kenney. Yadong is coming off a unanimous decision loss against Kyler Phillips at UFC 259. Meanwhile, Kenney is stepping inside the octagon after suffering a split decision loss against Dominick Cruz, also at UFC 259. Both fighters will aim to make a swift return to the win column.

Initially, Amanda Nunes was supposed to defend her UFC women's bantamweight championship title against Julianna Pena in the co-main event at UFC 265. However, as Nunes tested positive for Covid-19, the UFC canceled the bout.

Nonetheless, UFC fans can still look up to the exciting bantamweight clash between Jose Aldo and Pedro Munhoz, i.e. the new co-main event at UFC 265.

A women's strawweight bout between Karolina Kowalkiewicz and Jessica Penne will kick off the preliminary card of UFC 265. Kowalkiewicz will aim to avoid a fifth loss in a row, while Penne, who is coming off a victory against Loopy Godinez, will aim to prolong her win streak.

Rising UFC lightweight contenders Bobby Green and Rafael Fiziev will headline the preliminary card. The 'King' is coming off a unanimous decision loss against Thiago Moises. Meanwhile, 'Ataman' is on a three-fight win streak.

A bantamweight clash between Johnny Munoz and Jamey Simmons will kick off UFC 265.

Upcoming UFC flyweight contenders Manel Kape and Ode Osbourne will headline the UFC 265 early preliminary card. The 'Starboy' will aim to avoid a third consecutive loss. Meanwhile, his opponent, 'The Jamaican Sensation', who is coming off a first-round T/KO victory, will seek to extend his win streak.

As already mentioned above, UFC 265 will take place at the Toyota Center in Houston, Texas, USA. Viewers who wish to see the action live from the arena can buy tickets from the official UFC website.

UK viewers can watch UFC 265 live on BT Sport 1 TV channel and BT Sport’s website and app for subscribers. UFC 265 will air in India on Sony Ten 1/2 (English) and Sony Ten 3 (Hindi). Indian viewers can also watch the event live on the Sony LIV app or website with a premium subscription.

In the United Kingdom, the preliminary card will commence at 1 am BST on Sunday, August 8, 2021. UK viewers can expect the main card to begin around 3 am BST.