UFC 266 is almost upon us as fans await the highly anticipated featherweight title clash. In the event headliner, the current UFC featherweight champion, Alexander Volkanovski, will defend his title against the #2 featherweight contender, Brian Ortega.

UFC 266 will take place at the T-Mobile Arena in the Las Vegas Strip in Paradise, Nevada, USA, on Saturday, September 25, 2021. The entire UFC 266 fight card is filled with several intriguing match-ups.

Now, as aforementioned, a featherweight title clash between Alexander Volkanovski and Brian Ortega will headline UFC 266. The current champion, Volkanovski, is on a 19-fight win streak. Meanwhile, Ortega is 1-1 in his last two fights. 'The Great' Volkanovski will aim to prolong his win streak, while Ortega will do everything he can to become the champion. 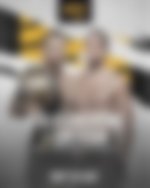 An exciting women's flyweight bout between Jessica Andrade and Cynthia Calvillo will kick off the main card. Andrade is coming off a loss from her UFC women's flyweight title clash against Valentina Shevchenko at UFC 261. Meanwhile, Calvillo also suffered a loss in her last fight against Katlyn Chookagian at UFC 255. Both fighters will aim to make a swift return to the win column.

Besides the main event, the co-main event will feature another title clash between the UFC women's flyweight champion, Valentina Shevchenko, and the #3 contender, Lauren Murphy. The 'Bullet' is on a 7-fight win streak, while Murphy is on a 5-fight win streak. Both fighters will aim to prolong their runs. 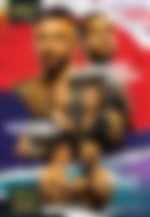 Meanwhile, UFC fans can also look up to the highly anticipated rematch between Nick Diaz and Robbie Lawler. The pair first clashed seventeen years ago at UFC 47, where Diaz emerged victorious via a second-round KO.

Fans can also look up to the interesting lightweight clash between Dan Hooker and Nasrat Haqparast. Hooker, on a two-fight losing streak, will aim to make a swift comeback to the win column against Haqparast, who is on a two-fight win streak.

A welterweight clash between rising prospects Matthew Semelsberger and Martin Sano will kick off the UFC 266 event as it will be the first fight of the early preliminary card. 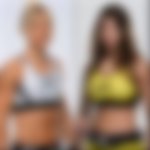 As already mentioned above, UFC 266 will take place at the T-Mobile Arena in the Las Vegas Strip in Paradise, Nevada, USA. Viewers who wish to see the action live from the arena can buy tickets from the official UFC website.

UK viewers can watch UFC 266 live on BT Sport 1 TV channel and BT Sport’s website and app for subscribers. Meanwhile, UFC 266 will air in India on Sony Ten 1/2 (English) and Sony Ten 3 (Hindi). Indian viewers can also watch the event live on the Sony LIV app or website with a premium subscription.

In the United Kingdom, the preliminary card will commence at 1 am BST on Sunday, September 26, 2021. UK viewers can expect the main card to begin around 3 am BST.