The UFC will return to Jacksonville with a massive PPV card. The main event will see one of the best pound-for-pound fighters, the UFC featherweight champion, Alexander Volkanovski, look to defend his gold against The Korean Zombie.

In addition, the co-main event of the night will have a much-awaited UFC bantamweight championship rematch between the reigning champion, Aljamain Sterling, and the man he won the title from, Petr 'No Mercy' Yan. 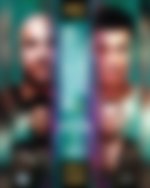 What you should know about the background of UFC 273?

UFC 273 will be the fourth PPV for the UFC this year. The co-main event of the night will be the second title unification bout of the year for UFC. Both the title bouts in the main event and co-main event were originally part of UFC 272.

UFC 273: Volkanovski vs The Korean Zombie- Know it all

The Aussie champion, who has made two title defenses (vs Max Holloway and Brian Ortega) will put his title on the line for the third time. His opponent, 'The Korean Zombie', earned the shot after 'Blessed' withdrew from the scheduled trilogy, and 'The Great' wanted to defend his belt rather than wait for Holloway to recover.

UFC 273 is fully stacked from top to bottom. The fight card is divided into three parts.

Know the UFC 273 Date, Time, Tickets, and How to watch

The event will go down at the VyStar Veterans Memorial Arena, Jacksonville, United States. The tickets are available on the Ticketmaster website. UFC 273 stream and broadcast will be available in various countries and various platforms.

UK and Republic of Ireland: BT Sport is the go-to for UK fans. The main card and prelims will be available on BT Sport 2 from 1 am GMT (Sunday).

Germany and Italy: Fans can catch the PPV on UFC Fight Pass and DAZN from 4 am (local time); The prelims will only be available on Fight Pass from 12:15 am.

Finland: The bouts are available at Viaplay at 5 am EEST (Sunday).

Iceland: The main card will kick off at 2 am GMT (Sunday) on Viaplay.

Australia: The Aussies can view the all-important main event bout with their countryman and champion defending his title for the third time. The main card will start at 1 pm AEDT / 10 am AWST (Sunday) on Main Event, Fetch TV, Kayo, and UFC PPV on UFC Fight Pass.