WWE Day 1 is one of the most anticipated events in professional wrestling. The event is set to take place on January 1, 2022, and will feature a plethora of top superstars. From Roman Reigns and Brock Lesnar to Becky Lynch and Liv Morgan, many of WWE's top stars will be competing at the event.

This will be the first WWE PPV event that will take place on the first day of the year. The WWE Day 1 PPV is set to happen at the State Farm Arena, Atlanta, Georgia. 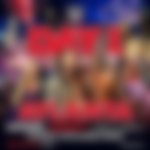 How to Watch WWE Day 1 PPV?

The WWE Day 1 ticket prices range from $35 to around $800. In the U.S. The Day 1 event will be live on NBC’s Peacock, the premium subscription to which costs $4.99 per month. Internationally, the event will be available to stream on the WWE Network.

In India, the event will be telecasted on the Sony Network and the Sony LIV App.

As of now, WWE Day 1 has seven matches on the main card.