Tallest NBA Players of All Time

Players in the NBA thrive on height, jumping ability, and physicality. With the hoop fixated 10ft above the ground, the height of the players matters a lot in the game of basketball. Even though the game is dominated by tactics, height is still a prominent need for the game. The constant dunking, alley-oops, and all the other various activities in the game are made easier with the height.

Luckily, the NBA has been blessed with a lot of tall players over time. Let’s look at the top ten tallest players to have featured in the league.

Sudanese-born American, Manute Bol sits at the top of the list. Standing tall with a height of 7 ft 7 in, he is the tallest player in the game’s history. He entered the league in 1985 with the Washington Wizards (Washington Bullets back then), despite initially being drafted two years ago in 1983.

In his rookie season, Bol shook the league, becoming the blocks champion, averaging five blocks a game. This effort also earned him an All-Defensive team berth. Bol was the blocks champion once again in 1988-89, and throughout his career, he was known for his rim protection. 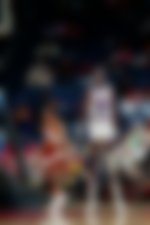 Gheorghe Muresan has the same height as Manute Bol. He shares the screen with his own height of 7 ft 7 in. The Romanian born grew up to be this tall because of a pituitary gland disorder. His height earned him a lot of popularity and eventually a role in the movie, My Giant.

Muresan played alongside Bol in his rookie season. Unlike Bol, Muresan was a poor rim protector and barely managed a block per game. But he was a lot more talented offensively, and that won him the Most Improved Player award in the 1995-96 season. He played for just six seasons in the league and ended his playing career at New Jersey Nets.

Shawn Bradley is a German-American player who ranks 3rd on the list. Towering with a height of 7 ft 6 in, he is one of the tallest of the bunch. Bradley started his career playing for the Philadelphia 76ers in 1993. He continued playing for seven years before retiring with the Dallas Mavericks.

Bradley has 832 games to his name, in which he scored 6753 points. Bradley was born to American parents but in Germany, because of which he shares both nationalities. 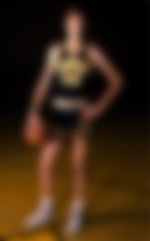 In the 481 matches that he played, he scored 9196 points. Ming is the tallest player ever to feature in at least one All-Star game. He is also the tallest person ever to be included in the Hall Of Fame. His amazing skill set combined with his height made him a great player and got him the accolades to his name.

The no. 5 position in this list is bagged by Chuck Nevitt, who measured at 7 ft 5 in. The American was drafted in the third round by the Houston Rockets in 1982 and he played in the league till 1993. Nevitt was a journeyman, playing for multiple teams, and also multiple leagues with stints in the ABA and the CBA. He finished his career with the San Antonio Spurs.

In his 11-year career, Nevitt played 155 games and achieving a point total of 251 only. Nevitt was a member of the Lakers’ 1985 winning roster, which made him the tallest player ever to win an NBA championship. 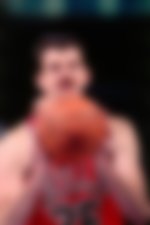 Coming in at no. 6 in the list, Pavel Podkolzin is another player with a height of 7 ft 5 in. His playing career saw him play two years for the Dallas Mavericks. The Russian only played six games in his two-year career. And in that time, his total point tally was just four points. Podkolzin last played for the Universitet Yugra Surgut, who play in the Russian Basketball Super League 1. 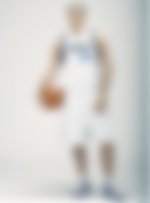 The 7th player on the list is Tacko Fall with a similar height as the above two players. Fall currently plays for Boston Celtics, after making his debut back in 2019. The Celtics picked him up after he initially went undrafted.

The Senegalese player became popular in college with his highlight reels where he bullied his opponents. This popularity has translated in the NBA, and it has also led to him getting a lot of votes in the fans’ All-Star voting.

Sim Bhullar is a Canadian basketball player who ranks 8th on the list. The Canadian played for Sacramento Kings in 2015. Bhullar played just 3 matches for the Kings as he managed just 2 points in them all. Bhullar played a total of 16 seconds when he made his debut for the Kings. He was the first-ever Indian descent player to feature in the NBA.

With a height of 7 ft 4 in, Slavko Vranes is placed at no.7 position in the list. The player was a part of the Portland Trail Blazers in the year 2004 but did not last long in the competition.

Vranes has just one match to his name, in which he has no points at all. He played in just one game against Minnesota Timberwolves and was on the court for 3 minutes. At that time, he took one open shot, which he unfortunately missed. Some sources say that Vranes has gotten taller since the last draft took his measurements. 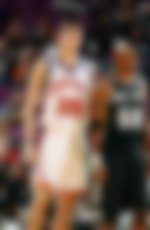 The American player was a part of 875 games. The number of games helped him get a total of 5216 points over his career. Eaton set the record for most blocked shots per game in a single season and also total blocks in a single season. The record still stands today which was made back in the 1984-85 season. 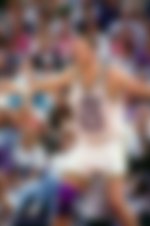 With this, we come to the end of the list of the tallest players in NBA history.