Football, a sport with almost 4 billion followers and distinctively it has the most followed sport across all generations. To no one’s surprise, the tennis ace Roger Federer is also a huge football fan since a very tender age.

When comes to following the sport, Federer never misses the World Cup matches of Team Switzerland and also he closely follows FC Basel matches. FC Basel is convincingly his favorite team. It has been his favorite club since he was a kid.

“The FCB was my club as a kid, and it is still today. Around 25 years ago, I was an unusual guest and passionate fan in the FCB old stadium. There were grounds made of stones around the stadium, and I was usually sitting on the left side where there were less people,” Federer penned a letter when the football club completed 125 years in 2018.

He also mentioned his idols from FC Basel who were a source of inspiration to him. 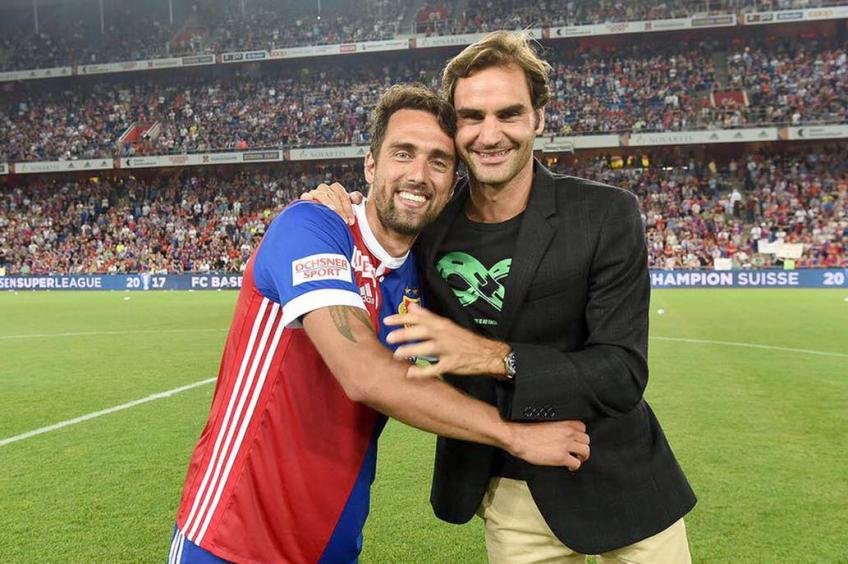 “Whoever grows up in Basel is an FCB fan! I lived in Munchenstein, it was not that far away from our football pitch. When I was traveling all the time on the tennis circuit, I could not be there so much,” he continued.

“But my role models of FCB inspired on my way. My first hero was Karli Odermatt, then I got interested in Christian Gimenez and Massimo Ceccaroni,” the Swiss maestro added.

Sometimes Federer is asked to become the FCB president someday, but as the rules state, a person needs to be a professional footballer to earn that position. In fact, that thought has never really bounced upon Federer’s mind and he says, “I want to let know people who wear my favorite football shirt that I am always behind them.”

Once Federer revealed his notion to choose tennis over football. He used to play as an attacker for FC Concordia Basel. Despite being a successful footballer, a young age he opted for tennis. Beyond the shadows of doubt, he took the decision of his life as wisely as possible. Federer feels that football doesn’t go at the pace as tennis goes.

“Tennis, I like that I was the one to blame if I lost. Soccer, I was always the bad loser, sometimes I could not believe we lost, and that’s not Fair. I need to blame myself if I lost. Then, of course, I chose tennis, the most I lost, the most I cried,” he once said.

You may also like – Watch: When Caroline Wozniacki Interrupted Novak Djokovic Press Conference