World Number five Daniil Medvedev was just a few points away from making his Grand Slam breakthrough at US Open 2019 finals. During the North American hard-court summer season, he was on a streak of reaching ATP finals. It eventually got snapped at Rolex Paris Masters.

Recently, the young talented player from Russia was in conservation with We Are Tennis. Medvedev was asked when new faces lift the Grand Slam trophies. With the season being disrupted amid the coronavirus pandemic, Medvedev feels it’s difficult to have a new Major winner this year.

Also, playing tennis in the era of Roger Federer, Novak Djokovic, and Rafael Nadal, he feels it’s next to impossible to have a new champion in the upcoming few months.

“It depends on when we resume. For example, if we resume at Roland-Garros, we can say that it will be very difficult to have a new champion. After that, I can’t speak for the other NextGen. But my goal is to give my maximum, to win my matches,” Daniil Medvedev shared.

“In Grand Slam, you have to win seven matches, it’s still difficult. Especially with the three (Federer, Djokovic, and Nadal) who are still up there. But we make our matches, we try.”

Daniil Medvedev on US Open finals against Rafael Nadal

The Russian, Medvedev, further reflected on his painful US Open finals defeat to Nadal in Flushing Meadows last year. After dropping the first two sets, he went on to make the championship match an arduous one for Rafa. As he pulled off the next two sets and kept the action on-going. 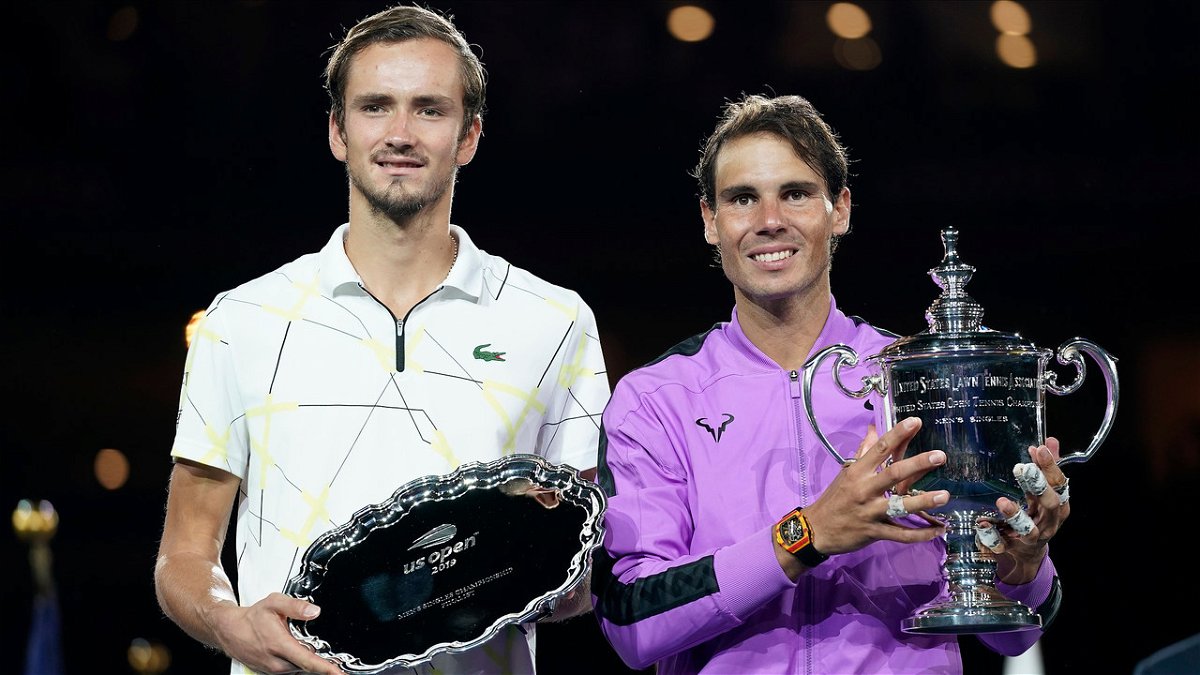 “It was a great game, I was very disappointed with my loss because I don’t like to lose. A lot of people contacted me to compliment me, to tell me that I was the real winner. Which I didn’t really don’t like it, because if it did, I’d already had a Grand Slam,” he said.

Also, the final set was a rollercoaster one with the Spaniard, Nadal, receiving time violations, and Medvedev covering up the 2-5 trail. It was a thrill for the audience in New York City and millions watching on their television sets. The duo fought a phenomenal battle with the topsy-turvy play, but the result certainly annoyed the Russian.