World Number three Roger Federer flew to Melbourne without playing any warm-up tournaments before the first major of the 2020 season. He’s the last match was at ATP Finals, London against Stefanos Tsitsipas prior to Australian Open 2020.

In the Victorian capital, he lost to the eventual champion Novak Djokovic in a one-sided semifinal match and later, he lauded the Serb’s level of tennis in the tournament. And in Federer’s opinion, Djokovic was the well-deserved candidate for the Aussie major this year.

“After Australian, it was a good start of the season after all, with no preparation tournament. But it was unfortunate with the groin. Novak played an amazing level again, and he deserved to win the Australian Open in a wonderful final against Dominic Thiem,” Roger Federer to Simon Parker in an exclusive interview.

In Melbourne, Federer was two points away from losing his third-round match against John Millman. And in the quarterfinals, he saved seven match points against Tennys Sandgren. He called himself to be fortunate to win those matches after narrowly scarping them.

“I got lucky to make it to the semis. I could have lost twice, but it was nice to show my fighting spirits,” he added.

The breaking news of 2020 from Roger Federer

Besides Federer praising his rival and calling himself lucky, on Thursday, the Swiss Maestro announced an elongated layover from the ATP Circuit. He underwent arthroscopic surgery on his right knee in Switzerland on Wednesday. He will be spending time on recuperation. 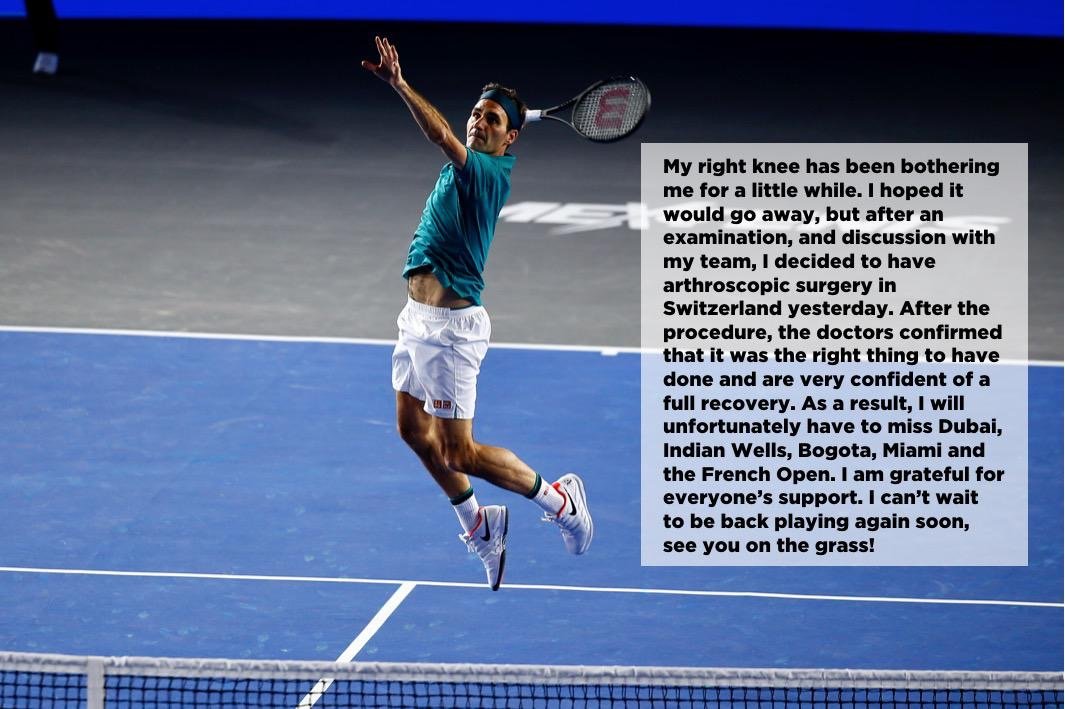 Consequently, he has withdrawn from Dubai, Indian Wells, Bogota, Miami and the French Open this year and will be missing out on 3180 points. But the ‘King of Grass’ Federer will be back in the month of June. He will be defending his 1700 ATP points on the green turf.

“I am grateful for everyone’s support. I can’t wait to be back playing again soon, see you on the grass!” The Swiss posted on Twitter.