Former French Open champion Stan Wawrinka is one of the most-cheered tennis players at the French Grand Slam tournament. The crowd is simply resonating with ‘Wawrinka! Wawrinka’ chants. Also, he hails from the French-speaking part of Switzerland and the crowd is extra-attached to him for his flaw-less speaking skills of their tongue.

The Swiss star loves playing on the Parisien terre-battue and he feels extra special here. Wawrinka was asked, how would he describe the vibe of Paris and Roland Garros. He told Tennis.com: “A crazy atmosphere on the court; it’s electric.”

Former World Number three Wawrinka grew up on clay. And the sliding on the crushed bricks of Paris gives him goosebumps. “I grew up on clay, so it’s always a special feeling to slide. You can use your fitness more,” he added.

At French Open 2015 the Helvetian Wawrinka defeated his compatriot Roger Federer in the quarterfinals and progressed into the finals after beating crowd’s favorite Jo-Wilfried Tsonga in the semis.

Later in the finals, the powerful attacking tennis player Wawrinka bounced back from one set deficit and defeated Novak Djokovic. The Serb had previously prevailed over the ultimate king of Paris Rafael Nadal in straight sets in the last-eight round. That day, with the French crowd on his side, the Swiss skilfully defeated Novak and claimed the second Major title of the career. 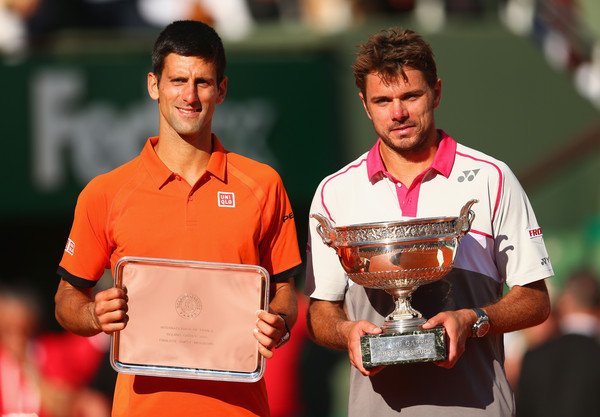 Further in the interview he was asked the one-shot or pose from his game that he would like to turn into a sculpture and put it on display at the Rodin Museum in Paris. The man possessing the strongest and the most accurate single-hand backhand on the men’s tour said: “My backhand down the line.”

In 2020 Wawrinka reached the semifinals in Qatar, quarters at Australian and Mexican Open. Since his comeback in the year 2018, the Swiss star is yet to claim an ATP title.