In 2012, Rafael Nadal had the opportunity to shake hands with AC Milan’s striker Zlatan Ibrahimovic in Paris, France. Back then, the Swedish professional was playing for Paris Saint-Germain.

It was a warm meeting between the two sporting legends, Ibrahimovic offered him his PSG jersey, and in return, Rafa gave his Babolat racquet. They shook hands before PSG’s match against Reims. The Spaniard was supporting PSG for the first time, and it was a fantastic experience for him.

“I’m very excited and happy to be here. I have friends on this team, so I support it. I wish the best to this team for the future, Allez Paris!” said Rafael Nadal.

Rafa has a deep-rooted connection with the sport of football. At the age of 12, he was an astute tennis player and a gifted footballer. His father asked him to make a choice between football and tennis so that he could dedicate time to studies.

“I chose tennis. Football had to stop straight away,” Nadal once said. Also, his uncle is a retired football professional who played for FC Barcelona and represented the Spanish National team.

Once Nadal played football-tennis  Cristiano Ronaldo. The triumphant athletes have Nike sponsorship in common, and that brought them together on the same court. 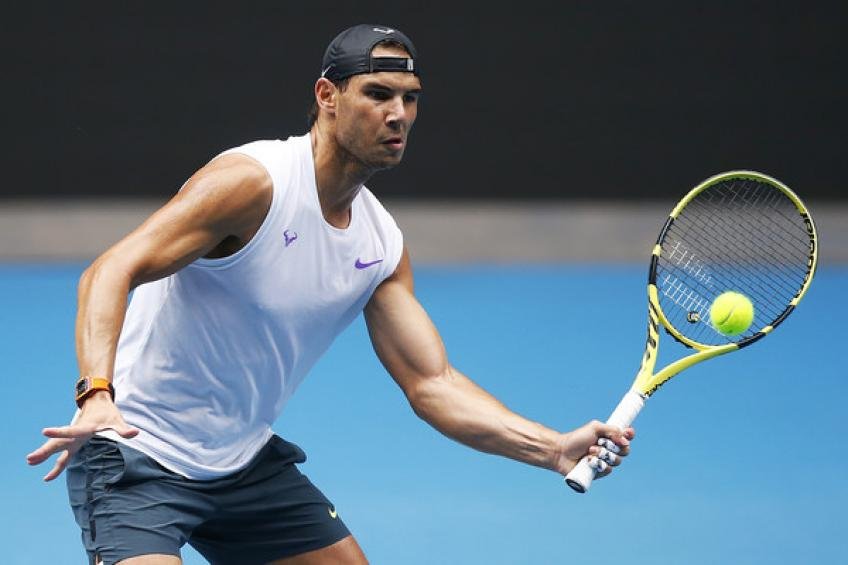 19-time Grand Slam Rafael Nadal is a Real Madrid fan and regularly catches up with their matches. The Spaniard would like to see another footballing legend Lionel Messi play for Madrid.

Speaking about Zlatan’s interests in tennis, he finds World Number one Novak Djokovic to have positive vibes. He shared that unlike some athletes, Novak doesn’t change his color when he’s behind or in front of the cameras. Previously, they hit some balls together at Rolex Paris Masters 2018.