The unusual tennis break amid coronavirus pandemic has been a boon for some and a bane for other players’ careers. A few of them have a chance to relax and simultaneously work on their tennis skills. Whereas the lower-ranked players are struggling to pay their bills. Considering top-players, like Serena Williams and Roger Federer, the break will be beneficial for them.

Boris Becker feels both of them will be benefitted from the layover. “If the year is lost then I don’t think it’s bad for Federer or Serena,” Becker told Sky Sports. “They haven’t really abused their body for a year so in a way, they have gained a year.”

Williams has got ample time to figure out the limitations of her game. She knows how to go that extra mile to capture her unfulfilled dream of a 24th Slam. During the break, the American ace has had enough time to relax and recuperate. Earlier, Billie Jean King stated that the layover will have a positive impact on Serena’s career. 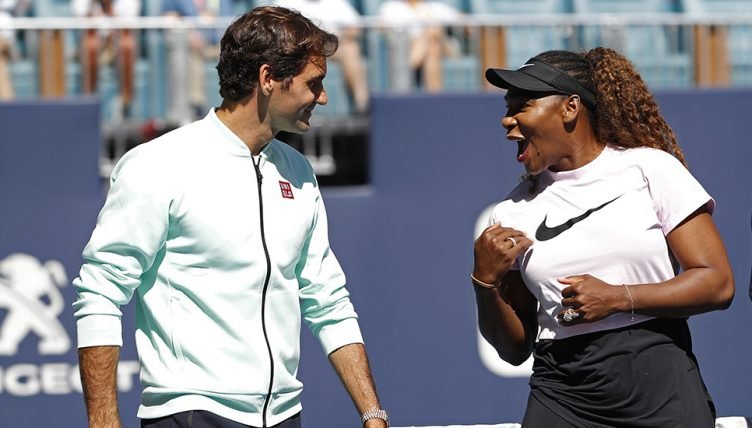 Federer has been fortunate and has certainly benefitted the most from this hiatus. He pulled out from tournaments beginning from February to June, having undergone knee surgery. The Swiss planned to resume his tour during the grass season. He was all prepared to drop out of the top-five rankings, but now, the Swiss maestro is safe at position four until the season restarts.

Three-time Grand Slam champion Andy Murray hasn’t played any match in 2020 due to a groin injury that arose during the off-season. With this break, the Brit too has had enough time to recuperate. Also, if French Open 2020 gets underway towards the end of September, Murray is considering making an appearance at the Paris Major.

“I think it is good for players like Andy Murray because it gives him more time to get physically ready to come back in 2021,” Becker added.

On the contrary, the NextGen might not benefit much from the break. In other words, they lost a year-long tennis lesson.“I don’t think the young players benefit actually because they lose a year gaining experience and playing matches. If any group I think they will be affected the most. Because they have never taken that much time off,” Becker added.

Top-players like Novak Djokovic, Rafael Nadal, and Roger Federer already know how to reign supreme with their skills given their vast experience.

“We will not see a change of form from them but the young players will take more time to come back,” Boris Becker added.

The tennis tour is suspended until July 13, 2020, and there is a chance the layover could be extended by a few more weeks.