French Open 2020 Round of 16 player Fiona Ferro has taken to social media to break the news of her testing positive for COVID-19. Sofia Kenin of the USA overcame the tennis player from France in the Round of 16 with a scoreline 6-2, 2-6, 1-6.

The 23-year-old took to Instagram to give an update on her current situation. “Hello Everyone, I hope you all are doing well. I have been tested positive for COVID-19 today. I am going to follow the instructions of the doctors and isolate myself for one week. I am going to be fine, and do not have any acute symptoms,” read Ferro’s Instagram story. 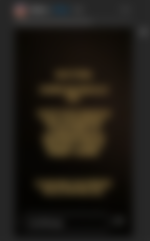 Earlier, she had become the first WTA champion as well after tennis resumed post the coronavirus break. She won the Palermo Ladies Open by defeating Estonia’s Anett Kontaveit in straight sets.

The pandemic has seen the majority of the WTA tournaments being canceled this year. Ferro, however, had a decent run in 2019 coming into 2020.

At the start of the year in February, Ferro made her debut in the France Fed Cup team for the Fed Cup World Group match quarterfinal against Belgium. She played in the doubles match where France won 3-1.

Ferro’s special moment came in the month of July, where she won her first-ever WTA Tour singles title. It was in Lausanne when she beat the defending champion and her compatriot, Alizé Cornet, to win the finals.

Second wta title ! 🏆 Had a lot of fun playing in Palermo this week. Thanks to the @wta and @palermoladiesopen for giving us the chance to compete again😊

During the end of the year, Ferro took to social media to announce that Emmanuel Planque would be her new coach going forward. She was previously with Stephane Huet on a two-year contract which elapsed in October the same year.

For Fiona Ferro, it has majorly been Rounds of 32 and 16 with a one-off win at Palermo in August this year. She will look to work on bettering this pattern once she is back from her isolation period.