A Glimpse into Conor McGregor in his post-retirement life

It’s been five months since the last professional tennis match was played. Now, players and fans alike are craving some live action! These tennis-less days due to the pandemic won’t last long; as life slowly returns back to normal in Europe, the tennis tour will soon be starting. Following the same, Candian tennis star Eugenie Bouchard has announced her participation at the Prague Open in the Czech Republic.

World number 332, Bouchard has been awarded a wildcard to play there. It will be her maiden appearance at the event.

Eugenie Bouchard to resume her tour in Prague, Czech Republic

“Hey, everyone I’m so excited because I’m going to be playing in the Prague Open in a couple of weeks. Actually, I have never been to Prague. It’s one of those European cities I’ve always wanted to go to but I just haven’t been. So I’m looking forward to going and I just want to thank the tournament for offering me a wildcard to play in this great event, I’ll see everyone in a few weeks,” Bouchard announced on Twitter.

The Prague tournament will start on August 10. 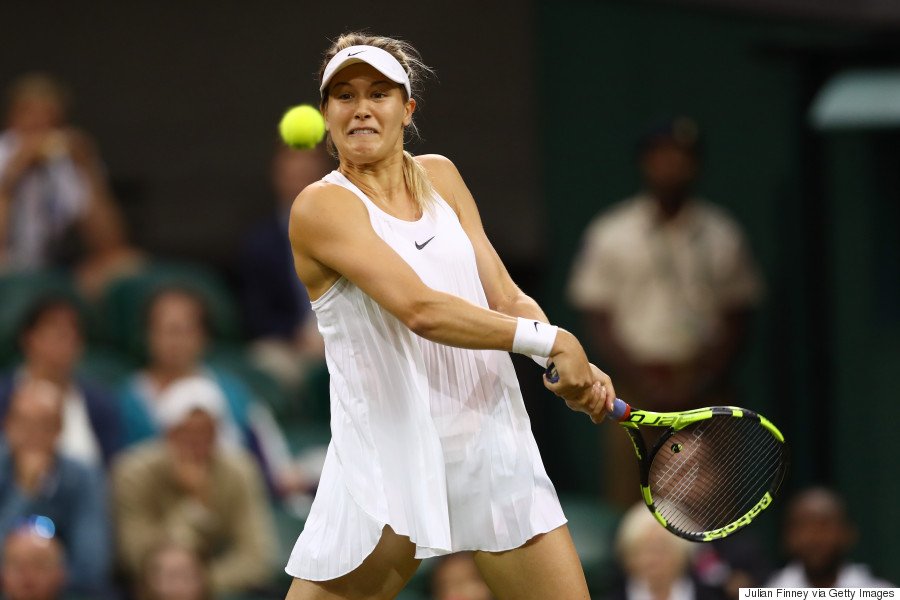 During the tennis tour’s suspension, Bouchard was playing exhibition matches in the US. She participated in the events at Charleston and World TeamTennis.

In 2020, Bouchard was a quarterfinalist at the ASB Classic in Auckland. She defeated Kirsten Flipkens and Caroline Garcia and later lost a tight match to Amanda Anisimova. A few days later, Genie failed to qualify for the Australian Open as she lost the last qualification round.

World number two Simona Halep will also be seen swinging her racquet at the Prague Open; she too announced her participation in the Czech tournament via social media.

However, before that, she will be playing on the clay courts of Palmero, Sicily. Halep has signed up for the event after 10 long years.

Romanian ace Halep hasn’t played any exhibition matches during the tour’s suspension. She has been training in Bucharest and has spent most of her extended break from the circuit in the Romanian capital.