“I Realized This is a Business”: Jimmy Buttler Reveals How Dwyane Wade Convinced Him to Join Miami Heat

French professional Alizé Cornet offered an insight into the US Open 2020 bubble before the Slam kicks off. The video tweeted by the official Roland Garros handle gives an insight into her day-to-day life. Cornet is looking forward to her participation in the US Grand Slam and left an impactful video for everyone.

Streaming from the players’ lounge, Cornet seemed pretty confident about the upcoming Slam. Recovering from the pandemic sweep, the USTA imposed a number of restrictions on the players and authorities.

Cornet accepts the fact that the authority did remarkably well to restrict the spread of the virus.

“It’s pretty quiet. So it is really nice to have some room for us here. All the conditions are really perfect to make us feel safe and in the best condition to play tennis. I’m really happy about what the USTA did with all the works here in New York’, she said.

Cornet seems to be quite happy regarding her preparations. Going into the Western and Southern Open, she had a handful of good games. Hopefully, her preparations are done and dusted as we’d love to see her going for the big clashes.

“I’m really happy because I had the chance to play three good matches here in Cincinnati to get ready for the US Open. And now I think we all can’t wait for the beginning of the real deal, of the tournament, the Slam. Hopefully, I’ll be win as many matches as possible.”

👋 @AlizeCornet gives us some news from the #USOpen bubble before the beginning of the tournament : pic.twitter.com/xxtpQTQ14n

Alizé Cornet in the US Open 2020 ahead

Cornet has reached the 3rd round of the US Open on three occasions. However, she will be hoping to go farther this time around. 30-year-old Alizé definitely holds a lot of experience to mount a tough challenge. 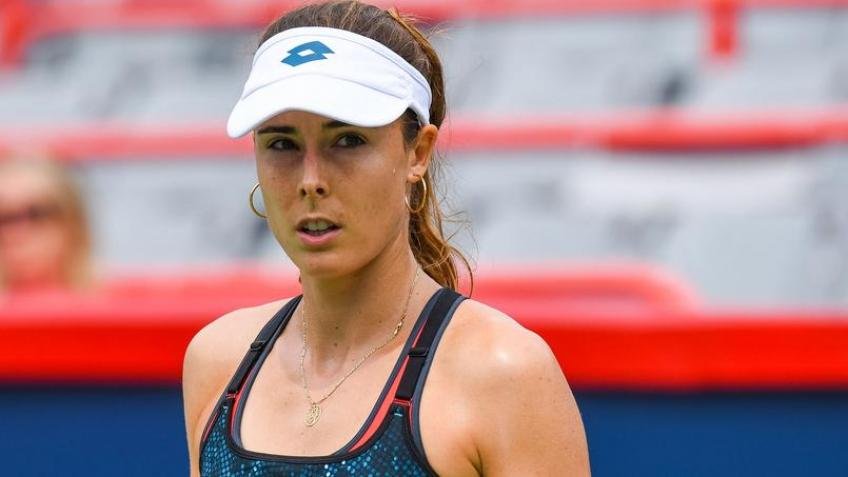 She will be facing Lauren Davis of the United States of America in her opening round. She could face Shuai Zhang of China if she gets past the first round.

However, in the third round, the home-favorite Madison Keys is likely to set up a clash against her. Her path to the second week of the tournament is not easy. And she needs to take that extra mile at US Open 2020.