Over the past few years, Eugenie Bouchard has faded on the WTA tour. After enjoying one of her most successful seasons in 2014, the Canadian endured a steep decline in results.

While Bouchard won’t take part in the upcoming US Open, she will still be at Flushing Meadows as a studio analyst for Tennis Channel. Ahead of the final Grand Slam of the year, the 27-year-old took to Instagram to engage with her fans.

In 2021, Bouchard only competed in the first few months of the year. In fact, the Canadian hasn’t competed since the Monterrey Open in March, where she suffered a first-round loss.

Although she reached the final of the Abierto Zapopan, she lost to Sara Sorribes Tormo to miss out on another WTA title. While she took part in the qualifiers of the Australian Open, a loss to Yue Yuan in the stopped her from entering the main draw.

As Bouchard continues her hiatus from the tennis court, she decided to interact with her fans on Instagram with a Q&A. Amidst several questions, one fan asked when she plans to return to action. 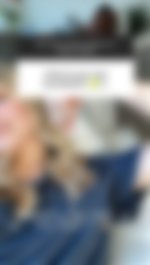 The Canadian responded, “Hopefully the start of next year!” Should Bouchard return in that timeframe, she could be in with a chance to make the main draw at the Australian Open. However, this is subject to her ability to find consistency and garner results after her return.

Bouchard reveals Top 10 aspiration in response to another question

Another fan decided to test his vocabulary when asking Bouchard her return. The question went, “When do you pontificate you’ll be fully healthy and making another run for top 10 in the world?” 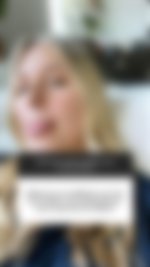 Choosing similar words, the 27-year-old replied, “I pontificate that will be 2022.”

Currently ranked #130 in the world, Bouchard has a long way to go. However, she has been in that category before, which could give her an edge on her return. Can the Canadian find her best form of yesteryears in 2022?

Sanket Nair is an F1 Author at EssentiallySports. A Sports Management graduate, he is a huge fan of Sebastian Vettel and Daniel Ricciardo and hopes to see Red Bull break Mercedes' dominance and win the World Championship soon. Sanket has been hooked to the sport ever since he watched the battle for the 2010 World Championship go down to the wire at the Abu Dhabi Grand Prix.
ARTICLES BY AUTHOR