During the course of his career, Novak Djokovic has set many records. Out of these, there is one that Novak is most proud of. He set this record on 19th August 2018 when he beat his great rival, Roger Federer.

What Record Did Novak Djokovic Set?

Prior to 2018, Novak Djokovic had never won the Masters title in Cincinnati. He had reached the final 5 times before but had suffered losses at the hands of Roger Federer and Andy Murray. After finishing runner-up 5 times, Novak was eager to lift up the trophy on his 6th attempt.

Novak Djokovic beat Roger Federer 6-4 6-4 at the Cincinnati Masters and in the process set a major record, He became the only man in the history of tennis to win all 9 Masters 1000 tournaments. This record was dubbed the ‘Golden Masters’ by tennis analysts. 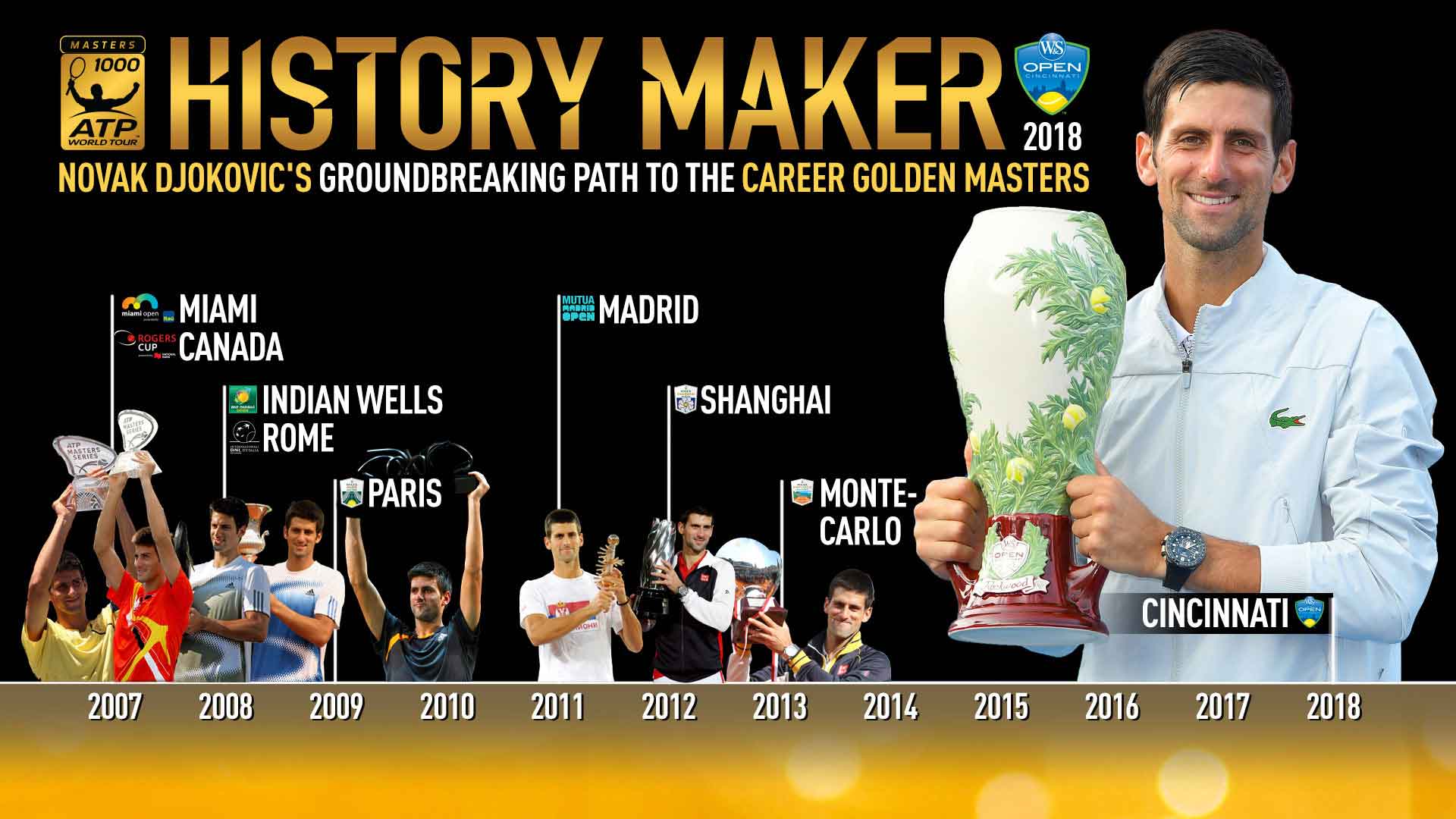 After winning the Australian Open in 2020, Novak Djokovic took his grand slam tally to 17. He is now 2 behind Rafael Nadal and 3 behind Roger Federer. He will be looking to beat both of them and establish himself as the greatest of all time or rather the GOAT of tennis.

However, Novak will have to wait as the coronavirus has suspended the ATP tour. If the current situation persists, It is likely that we won’t see any tennis this year. Tennis fans do not want that and Novak fans definitely do not want that as they want to see him close in on the all-important grand slam record.