Sebastian Vettel displayed prowess when it comes to tire management as he finished the race in P7, running on soft tires that were 37 laps old! Vettel pulled off a risky strategy to pit only once. It was his best chance of achieving a points finish this race.

Albon learned about Vettel’s achievement on his team radio. His race engineer informed him about the top 10 finishers and also stressed on Vettel finishing the race on 37 lap old softs.

Albon was left shocked when he learned about it. He reacted by saying, “There’s no way! Our tires are gone after seven laps.”

Albon, like Vettel, was also given a one-stop strategy. However, unlike the German, Albon’s strategy didn’t pay off.

How did Alex Albon fare at the Spanish Grand Prix?

Albon qualified for the race in P6. However, he didn’t have the greatest of races, consequently crossing the finish line in P8. However, it wasn’t entirely his fault.

Red Bull‘s one-stop strategy call turned out to be a flop. Having started the race on medium compound tires, Albon came into the pits for a set of hards.

It seemed like an experimental call at the time. But what also didn’t help his cause was the fact that he came back out on the track behind a host of other cars that held him up.

Albon, for his part, did manage to get past the train of cars that were holding him up. He pulled off a series of impressive overtakes from the outside, almost catching up to Vettel. 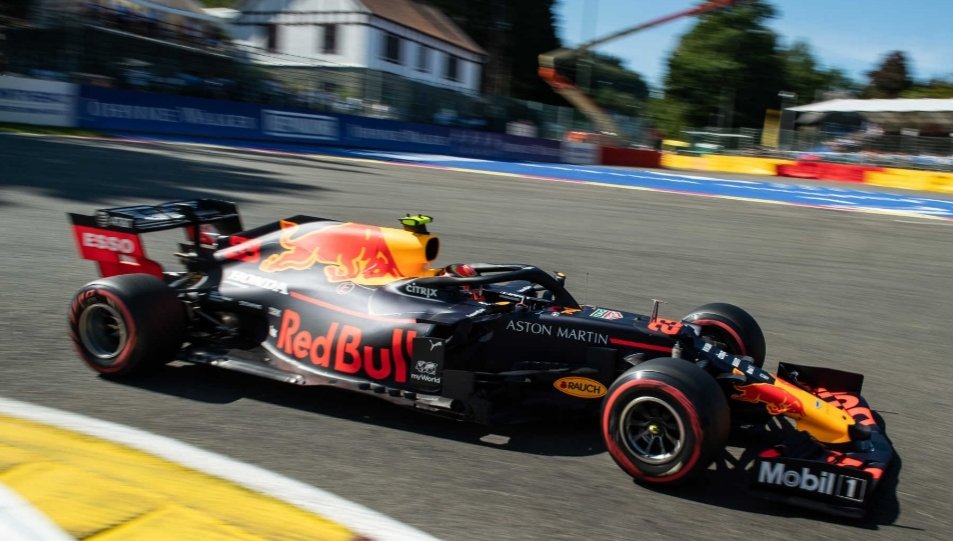 But in the end, he ran out of time, finishing the race only 1.2 seconds behind the Scuderia driver.

The result gives Albon a total of 40 points in 6 races, level with Racing Point’s Lance Stroll. However, this does not ease the pressure off of the Thai.

The threat of the guillotine hangs heavy on his neck as an inability to challenge for podiums on a near regular basis, could set his head up on the chopping block- not unlike his predecessor, Pierre Gasly.

In fact, Gasly could very well earn a recall to the Red Bull team, having impressed at AlphaTauri. Something that the Frenchman may welcome as a form of vindication.

Can Albon keep his seat with the team?